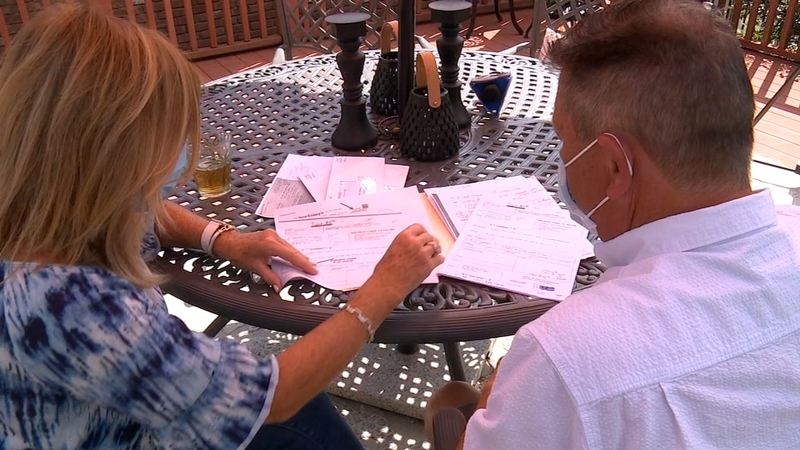 7 On Your Side: How to avoid tax fraud

WAYNE, New Jersey (WABC) -- The FBI reports the true cost of tax fraud tops $27 billion each year, but the real face of that fraud belongs to people like one New Jersey couple who had thousands of their hard-earned money sent to a scammer 1,600 miles away.

Email 7OnYourSideNina@abc.com, or contact Nina on her Facebook page or tweet her at Twitter @7OnYourSideNY! You can also call the 7 On Your Side Hotline at 917-260-7697 or fill out the form below.
Report a correction or typo
Related topics:
personal financewaynepassaic countyrefundirstaxes7 on your sidescamfraud
Copyright © 2022 WABC-TV. All Rights Reserved.
7 ON YOUR SIDE
How to get reimbursed for at-home COVID tests
7 On Your Side: Tips for ordering your free at-home COVID tests
Woman wrongfully fined $259K for neighbor's violations in NYC
7 On Your Side tips to dig out of credit card debt
TOP STORIES
Jacobi Medical Center shooting suspect arrested after sign-in
AccuWeather: Back to bitter; Alert for Saturday
Fallen NYPD officer donates organs as final heroic act
2nd NYPD officer dies from injuries in Harlem shooting
Driver found fatally shot after crash, dispute in Bronx
Yolanda Vega retires from NY Lottery after 3 decades
16-year-old arrested in shooting death of New Rochelle student
Show More
NYC shortening COVID quarantine, isolation periods for students
Judge grants stay in NY mask mandate case, keeping it in effect
Woman stabbed in leg inside NYC subway station following dispute
Apple CEO allegedly stalked by woman who showed up at house
Man denied heart transplant because he has not received COVID vaccine
More TOP STORIES News