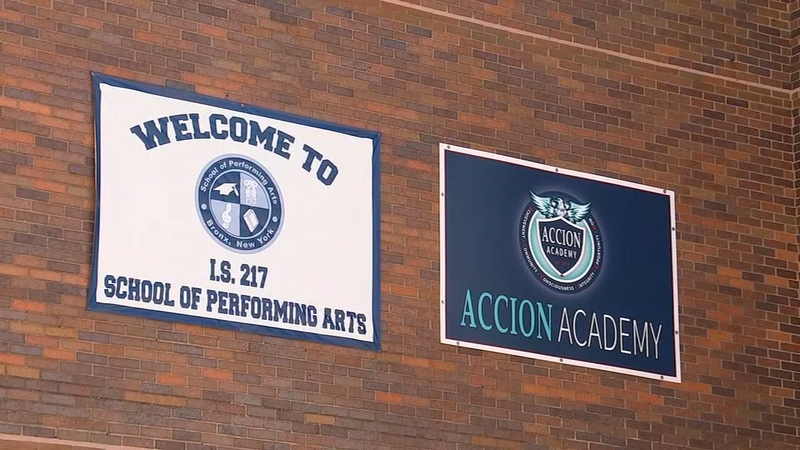 Teacher at IS 217 in Bronx arrested

LONGWOOD, Bronx (WABC) -- A New York City public teacher was arrested after allegedly putting his hands around a student's neck inside a Bronx school.

Police say 45-year-old Chester Hingle choked the 12-year-old boy inside the cafeteria of I.S. 217 in the Longwood section around noon Thursday.

The child was not injured.

Hingle was charged with criminal obstruction of breathing and endangering the welfare of a child.

Futher details of the incident have not yet been released.

Hingle was issued a desk appearance ticket and will have to report to court at a later date.