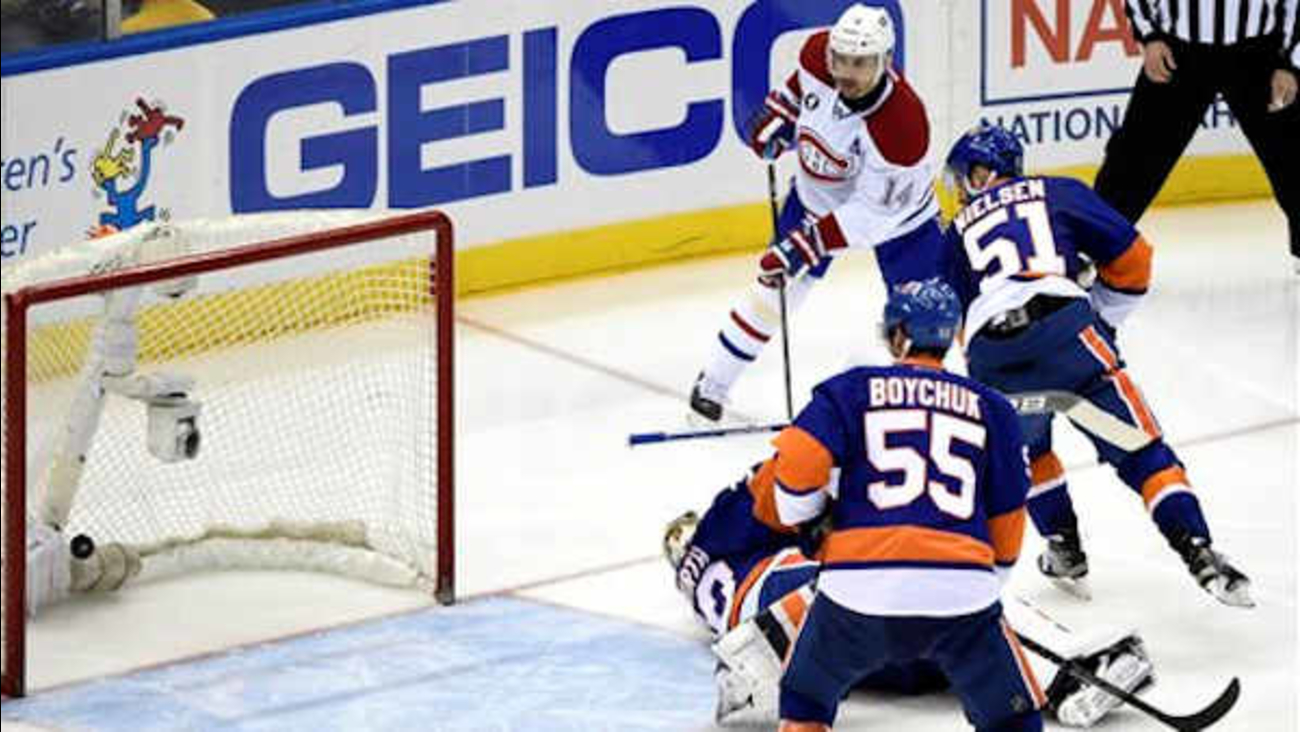 The Islanders have hit the skids at Nassau Coliseum, their soon-to-be former home once they relocate to Brooklyn next season. New York is 1-3-1 in its last five overall. At home, the Islanders have lost four straight in regulation, including three this week.

Price (38-14-4) bounced back from a loss against Ottawa two nights earlier in which he allowed five goals to stymie the goal-starved Islanders.

He heard chants of "Car-ey, Car-ey" from a large throng of Canadiens fans after a save during a late power play, but lost his shutout bid moments later when Josh Bailey scored with 2:18 left.

Lars Eller made it 3-1 with an empty-net goal.

New York lost 2-1 in its two previous home games, including Friday against Ottawa. Backup Michal Neuvirth stopped 27 shots and fell to 1-1-1 in three outings since joining the Islanders. New York fell three points behind the Rangers in the Metropolitan Division and three behind Montreal in the Eastern Conference race.

The Canadiens, who completed a three-game sweep of the Islanders, are the only East opponent New York failed to beat this season.

Plekanec opened the scoring 58 seconds into the second with his 20th goal, P.A. Parenteau made a drop pass to Alex Galchenyuk, who then found Plekanec at the right post. Plekanec patiently waited for Neuvirth to go down before scoring.

Neuvirth contributed heavily to Montreal's second goal at 3:13, a short-handed tally by Pacioretty. Neuvirth went behind the net to corral a long dump-in and leave the puck for defenseman Johnny Boychuk. However, Eller beat him to it and quickly centered a pass to Pacioretty in the slot for a shot that got past Neuvirth before he could get back into position. It was Pacioretty's 34th goal.

Price did the rest, making his best save against Matt Martin in the second. Martin got to a rebound in front and faced a wide-open right side, but he flubbed the shot and allowed Price to lunge back into the crease to snare the puck with his glove.

Price also denied Frans Nielsen on a partial break with 4:51 left in the second.

The first period featured some hard hits, a few penalties, and a couple of breakaways, but neither could get a puck into the net.

Islanders captain John Tavares, shaken up earlier in the period, had New York's best scoring chances. He was turned aside by Price at the right post as he tried to put in a rebound during the Islanders' second power play.

He then split two defenders in the closing seconds on a hard drive to the net only to be stopped by Price as he fell. Tavares got up with his hands outstretched wondering why no penalty was called. He glanced back to the center ice video board to check out a replay, and then slammed his stick against the boards before heading to the tunnel after the period.

At the other end, Neuvirth stopped a short-handed breakaway by Pacioretty and then knocked a shot away by Brandon Prust when he also came in alone.

NOTES: The Islanders were 0-5 on the power play. The Canadiens were 0-4. ... Montreal C Torrey Mitchell, who sustained an upper-body injury on his second shift, didn't return after leaving just 3 minutes in. ... D Lubomir Visnovsky and C Ryan Strome sat out the second of back-to-back games for the Islanders.