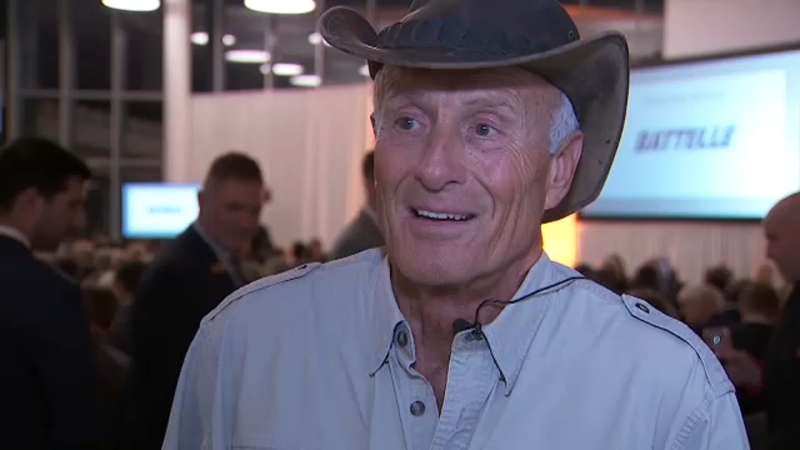 COLUMBUS, Ohio -- After more than 40 years at the Columbus Zoo and Aquarium, Jack Hanna will officially retire at the end of 2020.

The Columbus Zoo said in a statement Thursday that after serving tirelessly as both director and director emeritus, Hanna would be retiring on December 31.

The zoo announced Hanna's retirement in a tweet, saying Hanna was channeling his energy into a new role.

The man in khaki, @JungleJackHanna, is channeling his energy into a new role. The Columbus Zoo and the Hanna family are announcing Jack’s retirement at the end of the year. We look forward to celebrating his legacy in the coming months! More: https://t.co/cnijnjKh8v pic.twitter.com/SG4qaC9IBI

"As I approach my mid-70s with more than four decades at the Columbus Zoo, I believe it is time to wind down and officially step back while CEO Tom Stalf and the Zoo's great leadership team continue to guide the Zoo into the future. Together with many friends and partners, we've come a long way to make the world a better place for people and wildlife!" Hanna said.

Although he is stepping away from his role in the public eye, Hanna will remain the director emeritus and promises to be the zoo's No. 1 fan, WSYX reported.

"Suzi and I couldn't be prouder to be a part of the Central Ohio community and Columbus Zoo and Aquarium family. Our 42 years at the Columbus Zoo have been the best of our lives -- we've raised our daughters here and had the honor of revitalizing our Zoo alongside a great team while being advocates for wildlife worldwide. We look forward to supporting the Columbus Zoo for many years to come -- while taking some much needed downtime with our family along the way!" he said.
Report a correction or typo
Related topics:
societyohiocelebritywild animalsu.s. & worldanimalsretirement
Copyright © 2022 WABC-TV. All Rights Reserved.
TOP STORIES
Winter Storm Update: Tracking the nor'easter
Widow delivers heart-wrenching eulogy for NYPD Detective Jason Rivera
Final farewell for NYPD Detective Jason Rivera
NY area urged to prepare for snow, wind as nor'easter approaches
Winter nor'easter: LIRR suspended Saturday, other mass transit info
'This is a big one': Murphy declares state of emergency in NJ
Connecticut braces for snowy winter nor'easter
Show More
Hochul extends NY mask mandate as Appellate Court hears case
Off-duty NYPD officer working security shoots man after stabbing
10 injured in PA bridge collapse; human chain formed to help
AccuWeather Alert: Nor'easter to bring heavy snow
Decades after TV anchor disappears, convicted rapist denies connection
More TOP STORIES News