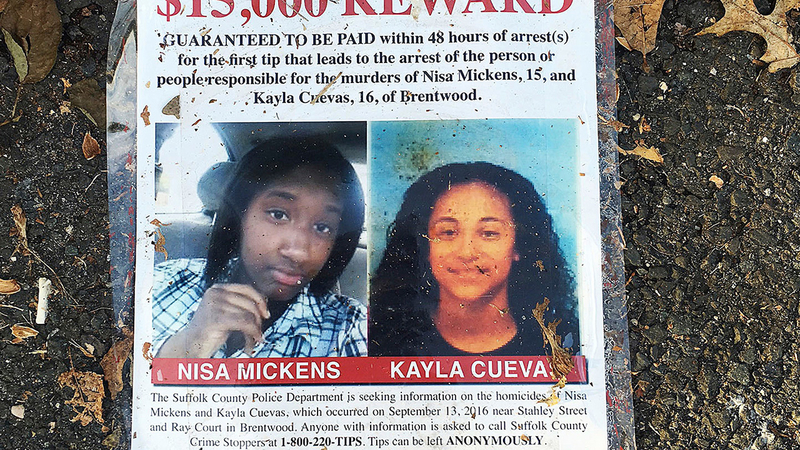 Mickens died the day before her 16th birthday, and prosecutors say she and Cuevas were hunted down and murdered with baseball bats and machetes over a petty dispute between Cuevas and the alleged gang members in September of 2016.
If either of the Saenz brothers are convicted at trial and put to death, it would mark the first federal execution involving a murder in New York since 1954.

After the murders, President Donald Trump met with the families of Mickens and Cuevas, inviting them to the State of the Union Address in 2018.

"Many of these gang members took advantage of glaring loopholes in our laws to enter the country as illegal unaccompanied alien minors and wound up in Kayla and Nisa's high school," President Trump said at the time. "I am calling on congress to finally close the deadly loop-holes that have allowed MS-13 and other criminal gangs to break into our country."
EMBED More News Videos

Candace McCowan has more on what President Trump said to the Long Island mothers.