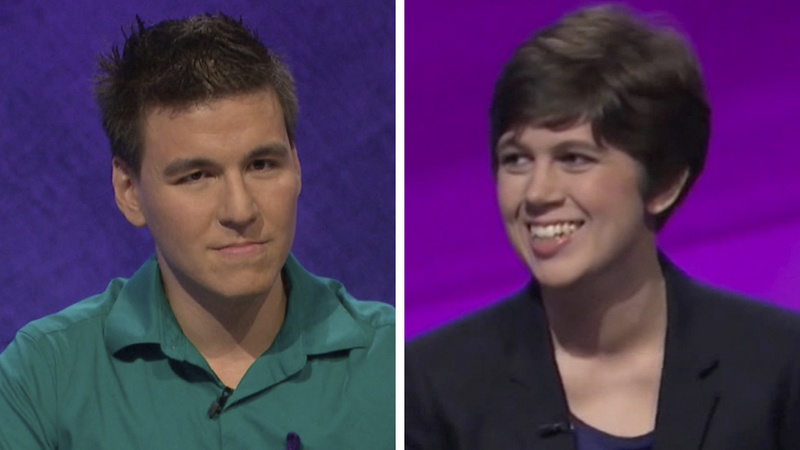 This is the epic rematch 'Jeopardy!' fans have been waiting for!

Recording-breaking contestant James Holzhauer and the Chicago librarian who took him down will once again go head to head for the $250,000 grand prize in the final round of "Jeopardy! Tournament of Champions" this Thursday and Friday.

Yet the seemingly unstoppable Las Vegas professional sports gambler ended his 32-day winning streak just shy of the record thanks to Emma Boettcher, a librarian at the University of Chicago.

Leading into the show, Holzhauer had $2,382,583 in the bank, putting him at a close second behind Jennings' $2,520,700 in regular-season winnings. That means he would have needed to continue winning long enough to earn at least $138,117 to pull into first place.

For those who claimed Boettcher's June win was a fluke, Holzhauer posted on Twitter that "subsequent games won by 'giant killers' who beat a 10+ time #Jeopardy champ: Emma: 4 and counting, 8 others (combined): 0."

“James must have lost on purpose”
“Emma just got lucky”
“She didn’t deserve a spot in the ToC” pic.twitter.com/Eg8Pgix8hl