We've posted a cropped version of the photo above, but warning - the full photo is below.

It was the first career interception for Lane, the extra cornerback in the Seahawks' nickel defense. As he returned the pick, he landed awkwardly when he was knocked out of bounds by Julian Edelman at the Seattle 14-yard line.

Lane was taken from the field on a cart and the Seahawks said it was doubtful he would return. The interception came at the end of a long drive on third and six from the Seattle 10. Brady was intercepted for only the third time in six Super Bowls.

Lane gained attention in the lead up to the Super Bowl when he said he didn't think Patriots tight end Rob Gronkowski "is that good."

(With information from The Associated Press) 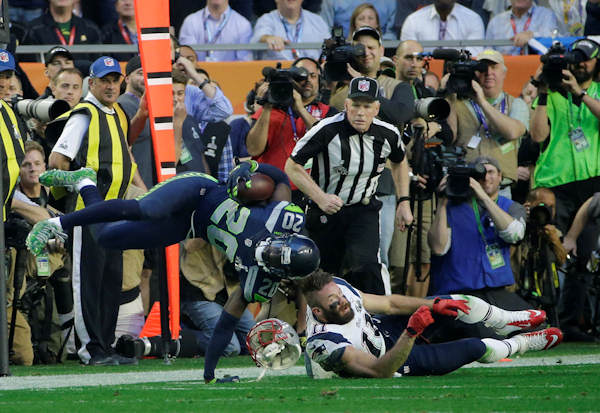