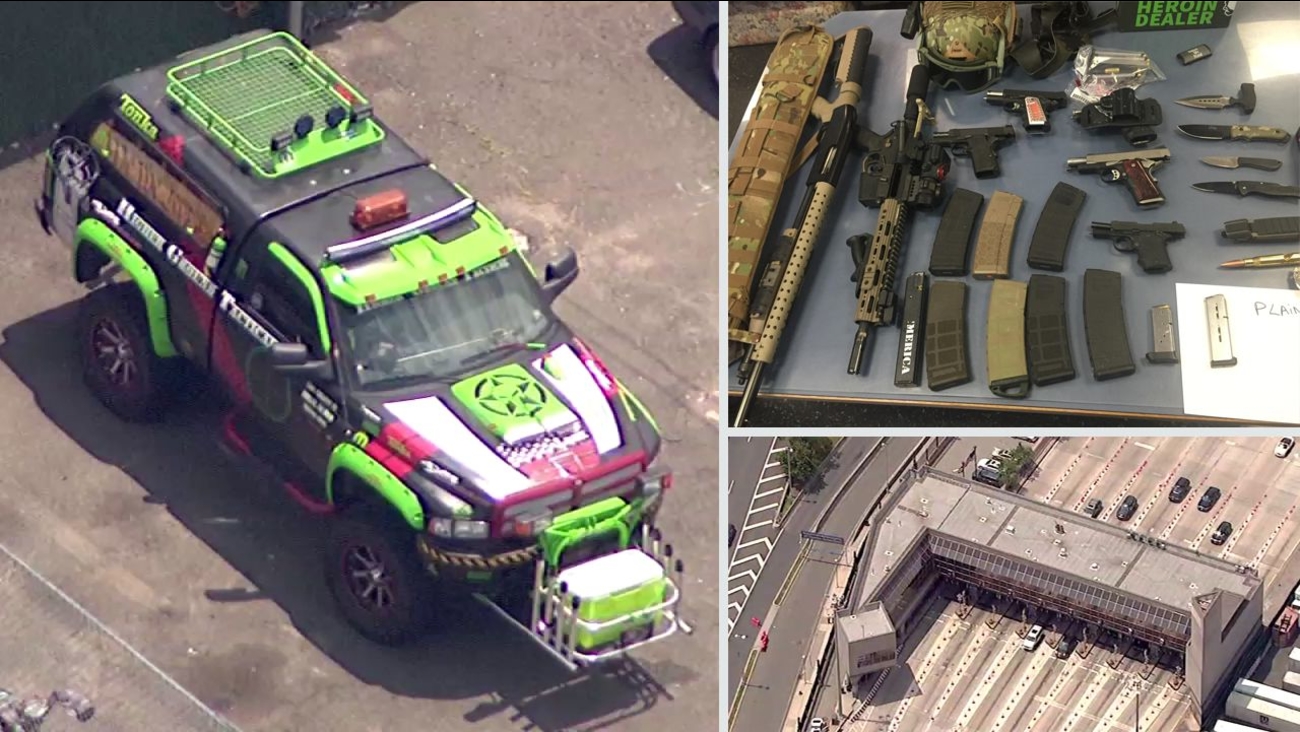 JERSEY CITY, New Jersey (WABC) -- Three people accused of driving from Pennsylvania with a truck full of weapons pleaded not guilty at their arraignment in New Jersey Monday.

Police say their truck, which had gun rights decals on it and a cracked windshield, was filled with weapons.

Cramsey, whose daughter died of a heroin overdose in February, posted online shortly before the arrest that he was heading to New York to "rescue" a 16-year-old girl whose friend had overdosed.

Arendt said she didn't even know there were guns in the car.

The three suspects formally pleaded not guilty Monday to the weapons charges contained in the 63-count indictment. All three remain free on bail.