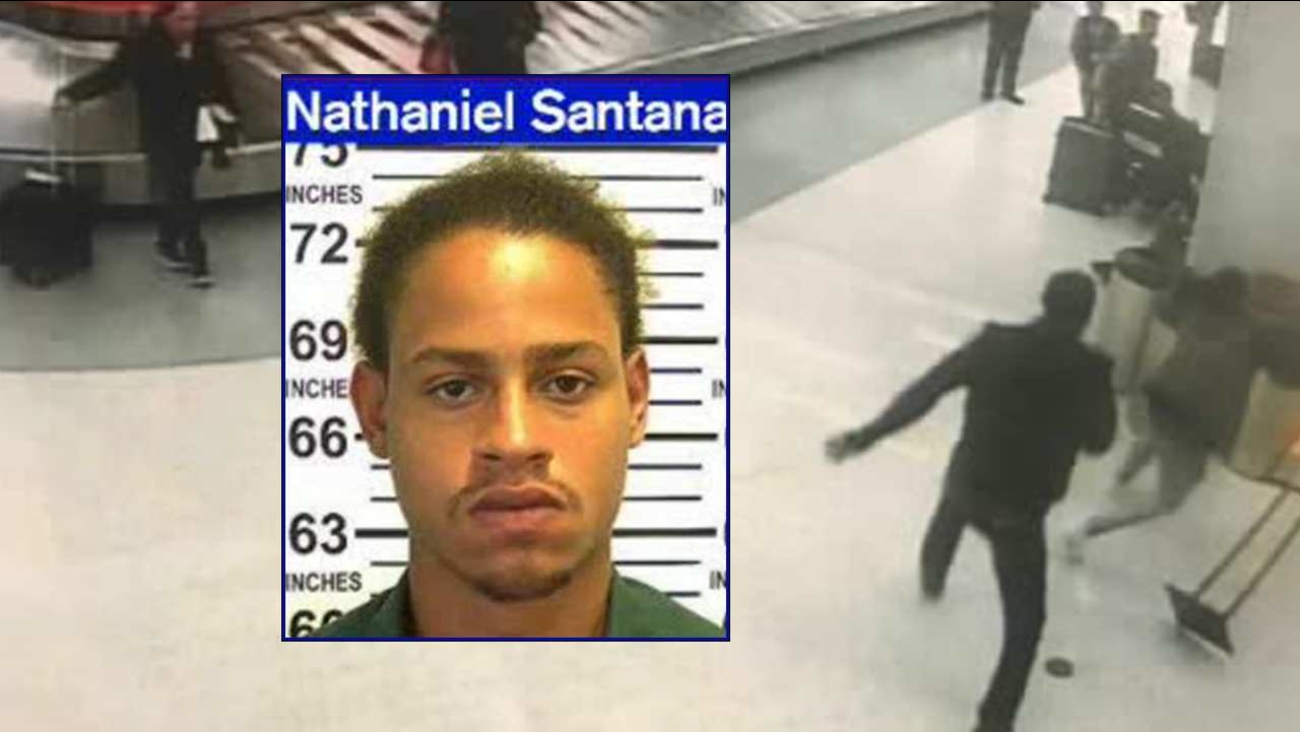 NEW YORK (WABC) -- A suspect is under arrest for allegedly attacking a man with a tire iron at baggage claim at JFK Airport.

"They're taking the business, starting trouble here," a driver said.

At times, it boils over. Police say one hustler attacked a livery driver with a tire iron after a dispute in Terminal 5.

Police say Nathaniel Santana, 26, went on the attack inside terminal 5 by the baggage carousel and then ran off.

He was caught a short time later along North Conduit Boulevard by Port Authority police.

Santana is charged with assault and menacing, and is an ex-con with several prior arrests.

"It is incredibly important for arriving passengers to understand that if they did not pre-arrange a ride, the only legal and safe method of transportation is a yellow taxi," the Taxi and Limousine Commission said in a statement.