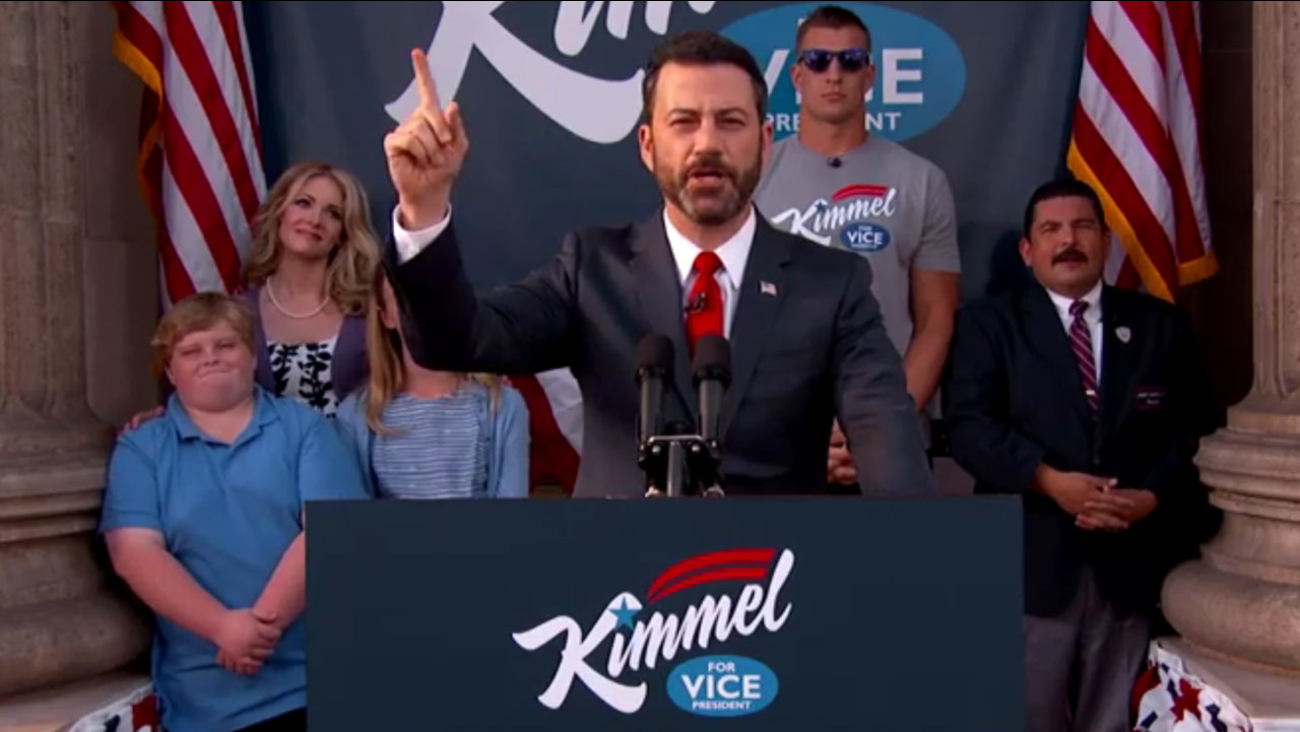 Late night talk show host Jimmy Kimmel said on his show Thursday that has entered the race for vice president (that is, if a "contest" involving one person can be called a race).

Flanked by Rob Gronkowski (AKA "Gronk") of the New England Patriots and his trusty security guard Guillermo, the jokester addressed a crowd gathered along Hollywood Boulevard in Los Angeles.

Instead of being chosen by Donald Trump, Hillary Clinton or Bernie Sanders as a running mate, Kimmel decided to just run, declaring that he doesn't need a #1 to make a #2.

After his "announcement," he opened the floor to the crowd for questions. When asked if he was "for real," he replied, "As Iggy Azalea once said, 'I am the realest.'"

Shortly after, Kimmel's show was interrupted by a flock of CNN reporters who peppered him with questions about his qualifications.

"I don't know how things work," he admitted. "In high school I got a D in social studies."

When asked if he was making a mockery of the election, Kimmel replied, "I think it's too late for anyone to do that."

As for the remaining candidates in the presidential election, none of them have named a vice presidential candidate. Earlier this week, the late night team convinced some people on the street that Donald Trump had named Dennis Rodman (and a few other celebrities) as his running mate.