Renee Stoll is in the studio with the details.

The video was recorded by a New Jersey State Police cruiser dash camera as the officer arrived at the scene on May 23 on the New Jersey Turnpike in Monroe Township.

Troopers said the taxi Nash and his wife, Alicia, were riding in lost control as it was passing another car. The cab crashed into the guard rail and both Nashes were thrown from the vehicle. Both died as the scene.

A 911 call was also release by police:

Caller: "I just called you from the accident on 91. There's a guy that's trapped and two people under the car."

Dispatcher: "Where are you?"

Dispatcher: "There's someone trapped under the car you said?"

Caller: "There's two people trapped under the car, the guy in the taxi is badly, badly hurt."

Dispatcher: "Is everybody awake and talking?"

Caller: "No, the two people under the car, we think they might be dead."

The Nashes were on their way home from Newark Airport having just flown back from Norway where John Nash was awarded the Abel Prize for mathematics.

Police said it was unclear whether the Nashes were wearing seatbelts.

The crash happened in the same general area as the June 2014 crash that injured comedian Tracy Morgan, near Interchange 8A.

Nash, originally from West Virginia, won the Nobel Prize for Economics in 1994 and was a senior research mathematician at Princeton. He was portrayed by Russell Crowe in the film "A Beautiful Mind." He was 86. 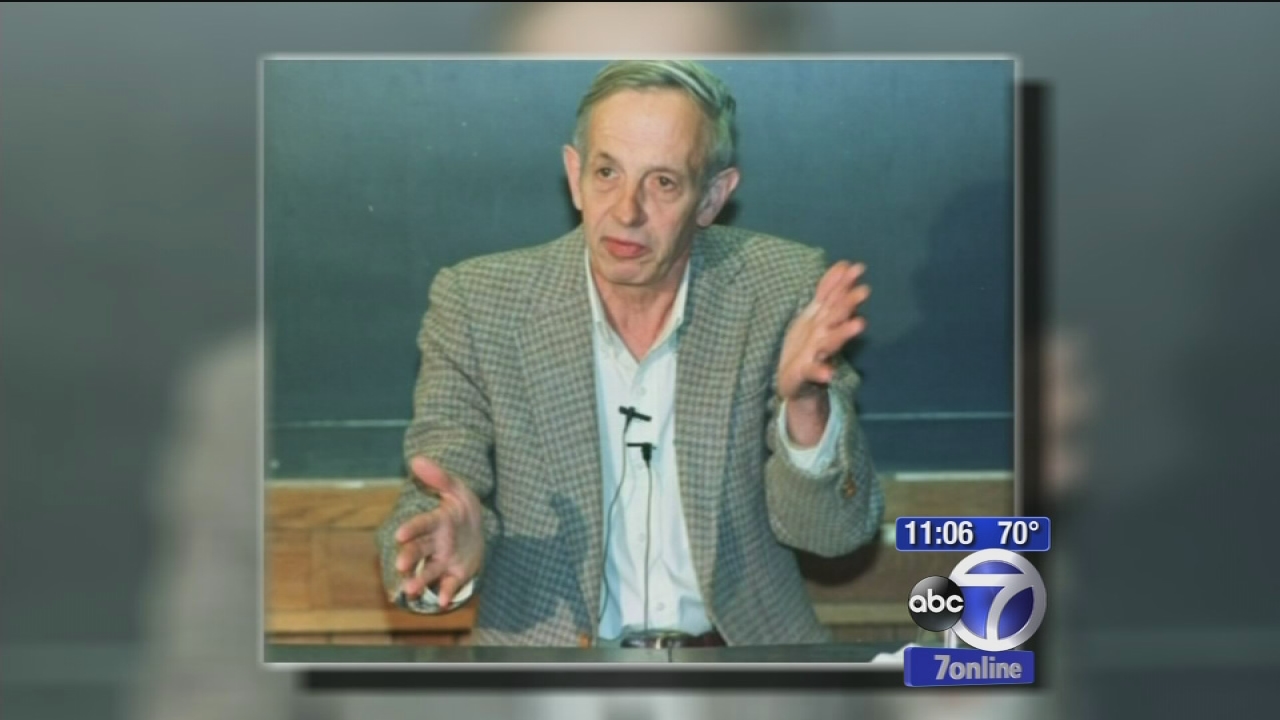 'A Beautiful Mind' mathematician John Nash to be honored today