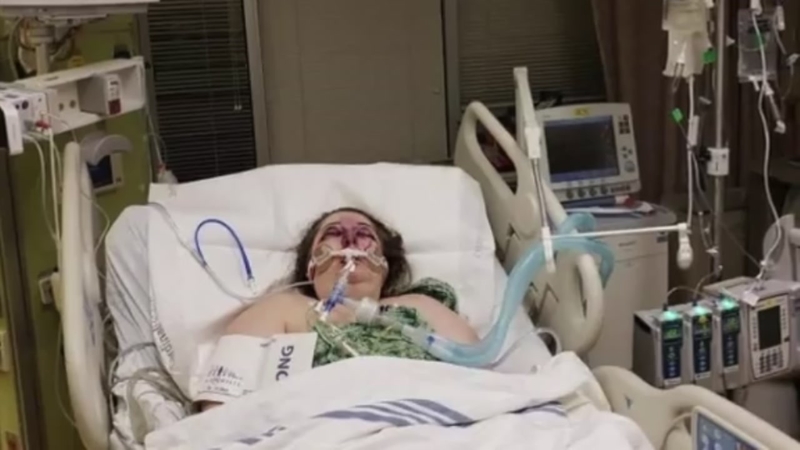 A teen is fighting a life-changing medical condition, and she doesn't even know what it is.

SMITHVILLE, Missouri -- A teen from Missouri is fighting a life-altering medical condition that began after her family returned from a cruise, and more than six months later, she still has no idea what she's facing.

According to WDAF, Walker was enjoying a cruise with her family just last summer. But when she came back, her medical nightmare began.

It started with stomach pain and bloody stools.

"It just went haywire from there," she said. "Everything started swelling."

Doctors ran tests and sent her home, thinking it was just a sinus infection. Eventually, Jordyn lost her sense of taste and smell, which led to multiple specialist visits and more tests.

As the illness subsided, the family was told it was a "one in a million" episode that probably would never happen again. But two weeks before Christmas, Jordyn's mysterious illness came back worse than ever.

"My whole face just turned purple and bruised and giant with blood," she said.

Her mother said it was scary not knowing what was happening.

"It was terrifying to watch it happen all over again and knowing that we couldn't do anything about it," Kendyll Walker said.

Jordyn went to the emergency room at the University of Kansas Hospital and ended up in pediatric intensive care, where a 16-day hospitalization included medications and and two surgeries to reduce eye swelling.

"There's no answers," Kendyll Walker said. "There's nothing they could do."

The cause for Jordyn's strange symptoms remains unsolved, and the teen is now dealing with permanent blindness as a result.

"She won't get a chance to drive," Kendyll Walker said. "Or see her sisters get married like she wants so much."

The skilled archer and budding journalist knows things won't ever be quite the same, but she is determined to maintain a positive outlook.

The family is grateful for the outpouring of support they've received.

"It makes you feel like you're not alone," Jordyn said.

They just hope someone can help them find answers, to finally help Jordyn heal.