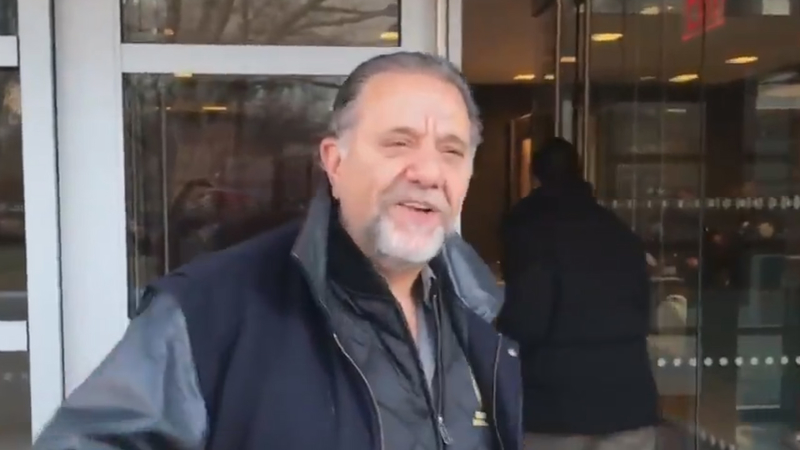 NEW YORK CITY (WABC) -- Outgoing Office of Emergency Management Commissioner Joe Esposito, who is at the center of a nasty squabble with City Hall, apologized Wednesday morning to the deputy mayor who fired him.

"That's her job," Esposito said. "She has the authority to fire me. She's my boss."

The news did not sit well with Esposito, and he refused to go until hearing from the mayor himself.

De Blasio was in Vermont last weekend and on Tuesday said he never heard from Esposito until he returned to the city.

"I'm an Italian kid from Brooklyn," Esposito said Wednesday. "I talk with my hands. I get a little loud sometimes. And I want to apologize to (Anglin) publicly. I don't feel my conduct was 100 percent on the money on Friday. I apologize."

Esposito was in Harlem at the New York Cares Coat Drive, handing out coats and chatting with clients at the Salvation Army office.

He remains the OEM commissioner until the mayor can find a replacement. De Blasio expressed his own regrets Tuesday.

"It could have been handled better all around, honestly," he said. "I should have done this."

At this point, Esposito has been given no time frame.

"Hopefully, they don't find anybody for three years to replace me," he joked. "And I'm still here three years from now."

The mayor's term is up on January 1, 2022, but a new poll shows most New Yorkers think he could be handling things a lot better. His approval rating sits at 43 approve, with 40 percent disapproving.