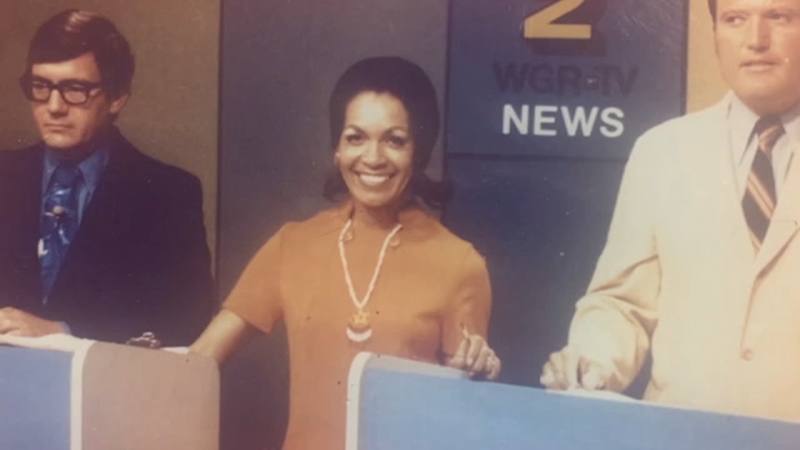 NEW YORK (WABC) -- Women's History Month kicks off Wednesday, a time to honor the generations of women who have helped build this country and shape our lives.

June Bacon-Bercey was a TV pioneer, the first African-American woman to receive a degree in meteorology. She is also said to be the first woman with a meteorology degree to do a weathercast on television.

"Many others have told me my mom was known as a force," daughter Dail St. Claire said. "I've heard that independently from several people, and I smile because I didn't actually have that word, but that's exactly how I felt growing up."

Bacon-Bercey got her meteorology degree from UCLA, and her passion for weather was inspired by seeing the atomic bomb.

She got her big break at WGR-TV (later WGRZ) in Buffalo. At the time, she was a science reporter, but one day, the perfect opportunity arrived.

"The chief meteorologists couldn't do the 5 o'clock," St. Claire said. "It was 2 p.m. I don't know how many others, but she was the first one that knocked on the door prepared to do the 5 p.m. And she believed the public would speak, and they did, and she did not let that spot go."

In 1972, the American Meteorological Society awarded Bacon-Bercey its seal of approval. She was the first African-American woman to receive that honor.

On top of breaking barriers, she made sure to pave the way for those that would come behind her.

"She wasn't planning on being on 'The $128,000 Question' game show, but the moment that invitation came, she just knew that was going to fund the scholarship," St. Claire said.

She used the $64,000 she won on that show to start a meteorology scholarship, and that scholarship eventually led to her funding a new lab for an HBCU.

"My mom started the meteorology lab at Jackson State University specifically because the first year the scholarship for women was in place, there were no ethnic minorities applying," St. Claire said.

Bacon-Bercey passed away in the summer of 2020, but when you watch the local news, you can clearly see that her legacy lives on.