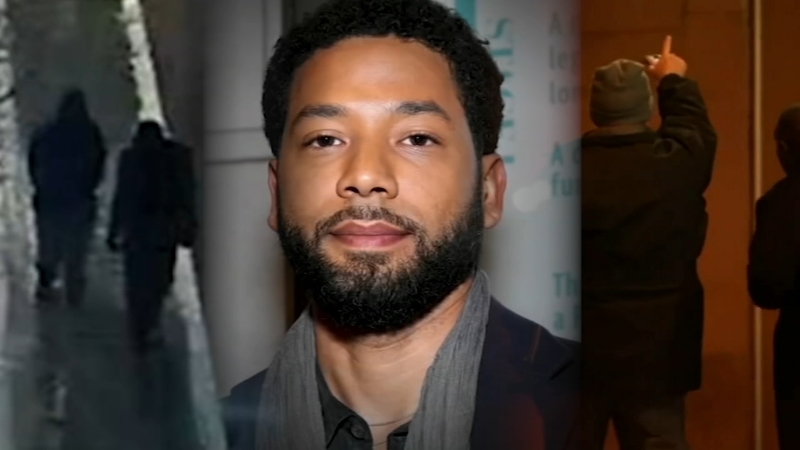 The Cook County State's Attorney's Office confirmed the indictment, which they said was returned by a grand jury on Thursday.

Smollett was originally charged with one felony count of disorderly conduct for filing a false police report by the Cook County State's Attorney's Office on Feb. 20.

The grand jury returned two separate sets of charges, one of each lie Smollett allegedly told. The first set are related to what Smollett told officers about the alleged attack, including that the attackers called him racial and homophobic slurs, struck him with their hands, put a noose around his neck, and poured some sort of chemical substance on him.

The second set of charges are related to the second interview Smollett had with police about the alleged attack later that day, saying the men attacked him from behind and he fell to the ground, at which point the men continued kicking him. Smollett also told police on this occasion that one of his attackers was white.

The two sets of charges correspond to two sets of police officers Smollett allegedly lied to.

A charge of felony disorderly conduct for filing a false police report carries a possible sentence of probation to three years. Smollett already pleaded not guilty to the first disorderly conduct charge. He was taken into custody and posted $100,000 bond to be freed.

Experts believe it is likely he will strike a plea deal and potentially not spend time in prison.

"The fact of an indictment is not unexpected. We knew that there is no way they would expose their evidence to a public airing and subject their witnesses to cross-examination.

What is unexpected however, is the prosecutorial overkill in charging 16 separate counts against Jussie. This redundant and vindictive indictment is nothing more than a desperate attempt to make headlines in order to distract from the internal investigation launched to investigate the outrageous leaking of false information by the Chicago Police Department and the shameless and illegal invasion of Jussie's privacy in tampering with his medical records.

Jussie adamantly maintains his innocence even if law enforcement has robbed him of that presumption."

Prosecutors say Smollett paid the Osundairo brothers to pull off the staged attack.

Chicago Police Superintendent Eddie Johnson said the actor initially faked a letter using racist and homophobic language. When that didn't get attention, Johnson said, Smollett paid two brothers $3,500 via personal check to stage the attack, because he was "dissatisfied with his salary."

Chicago police have launched an internal investigation stemming from what they said were inaccurate leaks during the three week investigation into the alleged attack, but Superintendent Johnson stands by his officer's work.

As Supt Johnson stated, allegations against Mr. Smollett are shameful & if proven, they are an affront to the people of Chicago who embraced him as a neighbor & respected him as a role model. We stand behind the work of detectives & refer any comment on indictment to prosecutors https://t.co/7bFECluCSP