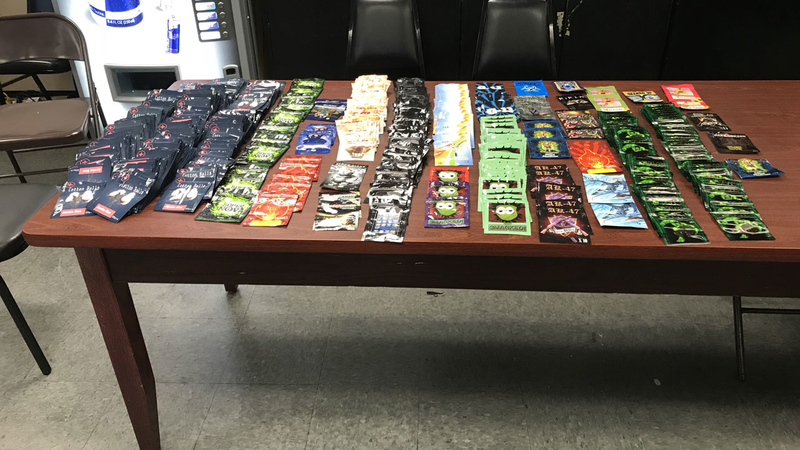 The drug, also known as K2, was recovered from an apartment on Park Place in the Brownsville section.

Four people were arrested, bringing the total number of recent arrests to 74.

"It's not uncommon for stores that would sell or warehouse these types of drugs to avoid detection and to avoid attention to then start employing runners or other types to still sell the drugs," NYPD Chief of Detectives Dermot Shea said.

The following suspects face charges of criminal possession of a controlled substance, criminal use of drug paraphernalia and unlawful manufacture, distribution or sale of a synthetic cannabinoid:

"You're literally playing Russian Roulette," Chief Shea said. "Nowhere on it does it say anything of evil intent. You see cartoons, you see superheroes, you see things, really, that a 2- or 3-year-old kid is going to naturally gravitate to. If there is a silver lining, we have not had a fatality. My fear is that's going to change."

A toxic batch of K2 that recently caused more than 240 overdoses prompted the NYPD and New York City Department of Health to issue an advisory alert to New Yorkers and particularly Brooklyn residents, warning about the dangers of K2.

In total, the health department confirmed there were 84 K2 emergency department visits between May 19 and May 21, the most in a three-day period since July 2016.