The fashion business of Kate Spade 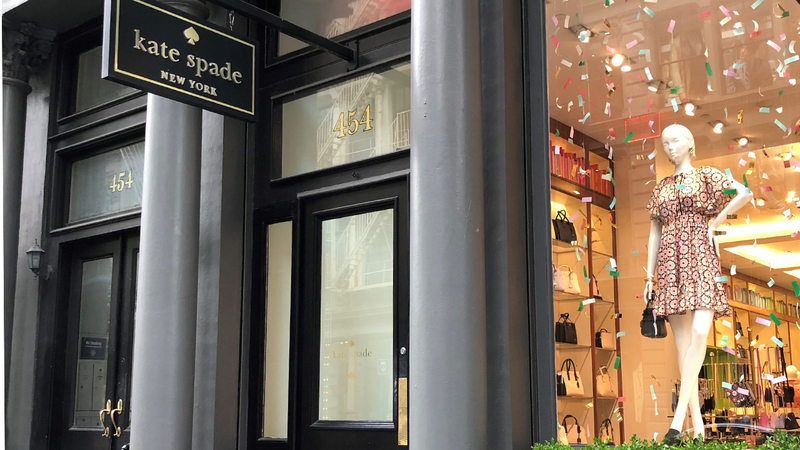 SOHO, Manhattan (WABC) -- The 2018 Kate Spade collection launched with much fanfare this spring, but the lady behind the label had long since left the company that still bears her name, selling out a dozen years ago but not before leaving a permanent mark on American fashion.

"Kate had this wonderful flair about her. It wasn't a modern, modern look, but she had this classy look about her," club owner Caroline Hirsch said.

She was saddened to hear about Spade's death, a woman she knew and a designer she loved.

"What she did was very classic. I remember the classic store bags she is still selling," Hirsch said.

She was working as an accessories editor at Mademoiselle magazine when she launched her company with husband Andy in their New York apartment in 1993. She started the company based on six shapes of bags that she thought every working woman needed. It created a smash. The first store was located in SoHo.

"I grew up in the Midwest, where you have to have it (a fashion item) because you like it, not because you're supposed to have it," she told the AP in 2004. "For our customers, fashion is in the right place in their life. It's an adornment, not an obsession."

From the original boxy handbags, she expanded into shoes, luggage and other accessories, as well as a home line, stationery, and three books. Spade won multiple awards from the Council of Fashion Designers of America and was named a "giant of design" by House Beautiful magazine.

The company built on those distinctive bags is valued at roughly two and a half billion dollars. There are 140 retail shops in the U.S. and even more in other countries.

Spade was absent for much of that growth leaving the company in 2006 to spend a decade raising her daughter.

Julia Curry, a spokeswoman for the company, said that "Kate will be dearly missed" and "our thoughts are with Andy and the entire Spade family at this time."

She walked away from the company after it was acquired from the Neiman Marcus Group for $125 million by the company then known as Liz Claiborne Inc.

Kate Spade launched a new company in 2016 called Frances Valentine with her husband Andy Spade and her original co-founders. She even legally changed her name to Kate Valentine Spade in order to differentiate herself from the namesake company she founded.

"I think there's a big difference between what I'm doing and what I did at Kate Spade. Our customer is someone who has a sense of style and is really buying what they like. I think that's someone who I've always spoken to," Spade once said.