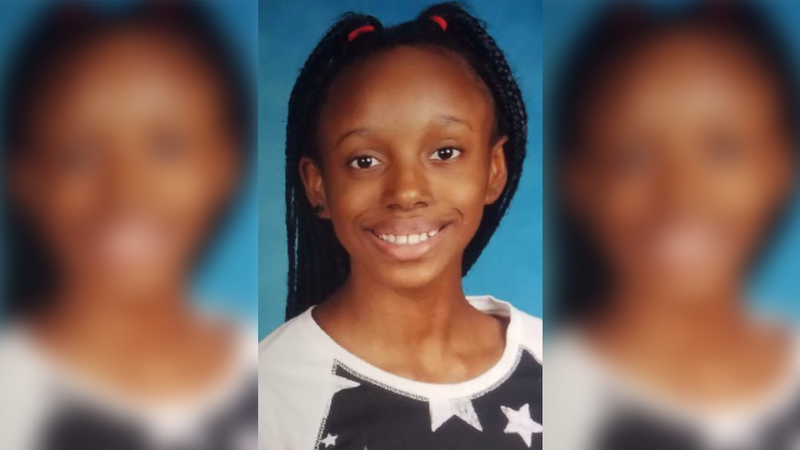 KEANSBURG, New Jersey (WABC) -- An 11-year-old girl who was reported missing in New Jersey Wednesday night has been found dead, and authorities are investigating the incident as a homicide.

AbbieGail Smith had last been seen in her family's Keansburg apartment around 7:45 p.m. Wednesday and was reported missing about an hour later.

Officials say her remains were found with the help of police K-9's behind the Hancock Street Apartments complex, where her family lives, near what is being described as a large container around 10:45 a.m.

"We were really hopeful that we would find her," Monmouth County Prosecutor Christopher Gramiccioni said at a news conference. "It's a punch in the gut for all of us in this community, especially with law enforcement."

A maintenance worker says the space behind the building is not secure, and says there is a utility room back there that has lately been left unlocked.

"Bathroom-size and it's dark and it's creepy looking in there. All you have is power meters," said Victor Sloma, maintenance worker.

The nature of her injuries was not released, but police believe it to be an intentional death.

"It disgusts me, it makes me sick," neighbor Nicole said. "I fear for my own children, because this should not even occur. We're talking a baby."

A candlelight vigil was held in memory of AbbieGail on Thursday night.

"She was a very happy girl. She never was like angry or sad at anyone or anything. She was never worried. She was always just peaceful and happy," said William Williams, a family friend.

Williams is friends with AbbieGail's brother and says he saw her around 6 p.m. Wednesday evening.

She was her usual self, playing outside, without a care in the world.

Late Wednesday night when her brother said she was missing, he thought it was a joke.

"To wake up and see that she was dead, it broke my heart because I loved her and she was amazing," Williams said.

"No one should sit still until we figure out who did this, because as I said, this appears to be an intentional death and it is being investigated as a homicide case," Gramiccioni said.

The investigation is active and ongoing, and authorities are urging anyone with information to contact the Keansburg Police Department at 732-787-0600.

Anthony Johnson reports on the investigation into the murder of an 11-year-old girl.

Keansburg School District will provide grief counselors at Bolger Middle School to help students deal with their thoughts and feelings associated with the loss of AbbieGail.