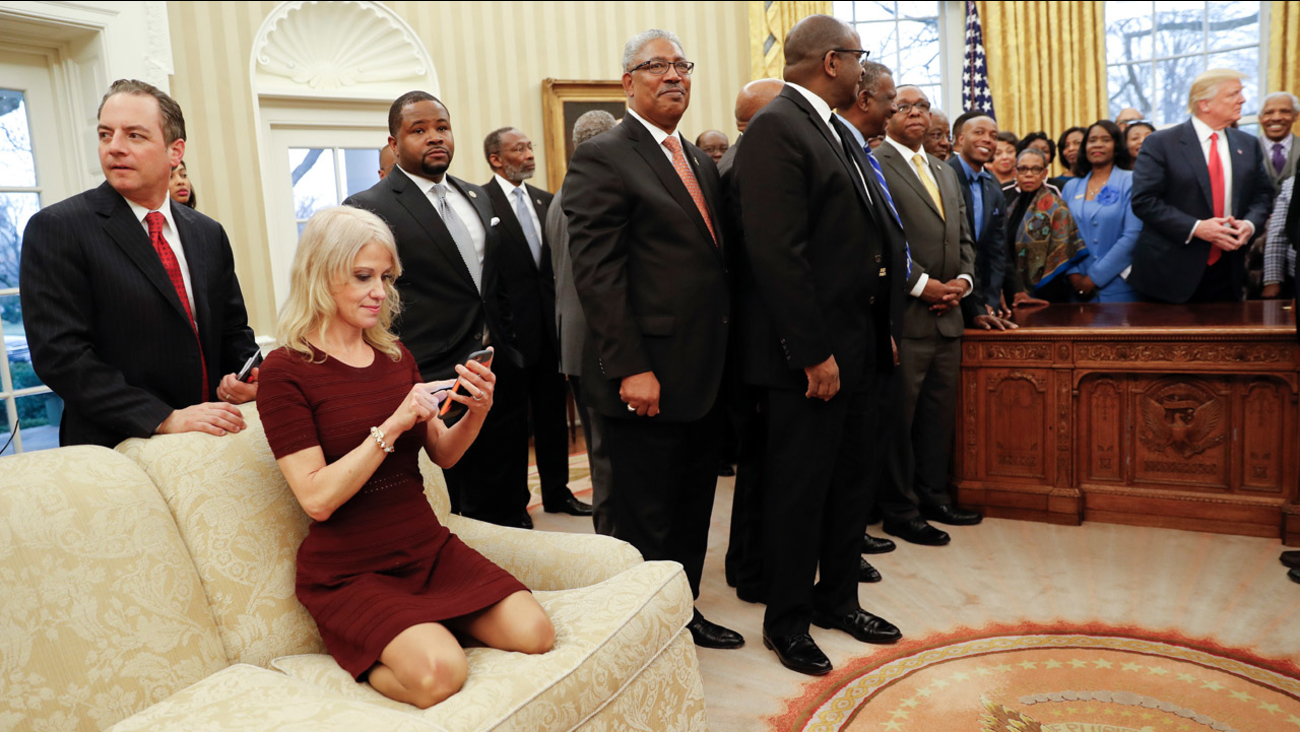 WASHINGTON -- Photos of White House adviser Kellyanne Conway kneeling on an Oval Office couch with her shoes on have sparked an online debate about decorum in the executive mansion.

Conway is seen perched on her knees on the couch with her feet behind her in photos taken Monday while President Donald Trump met with leaders of historically black colleges and universities.

Some Twitter users were quick to highlight the photos as evidence of a lack of respect for the office from Conway and the Trump administration.

Breaking news: Kellyanne Conway uses "alternative etiquette" by putting her feet on the couch of the Oval Office. pic.twitter.com/erb0KwyoBr

when you get to the kickback before your sorority sisters pic.twitter.com/fAxnb8rnRz

Other users have countered with numerous photos of former President Barack Obama resting his feet on the office's famed resolute desk at various times during his eight years in office.

I'll take shoes on a couch over this any day. pic.twitter.com/JLE16uQFsF

And of course, some people even used the Oscars best picture mix-up to apply it to this situation.

Hold up. Kellyanne Conway really sits like that on a couch in the Oval Office? pic.twitter.com/HYEHxTA0Ub