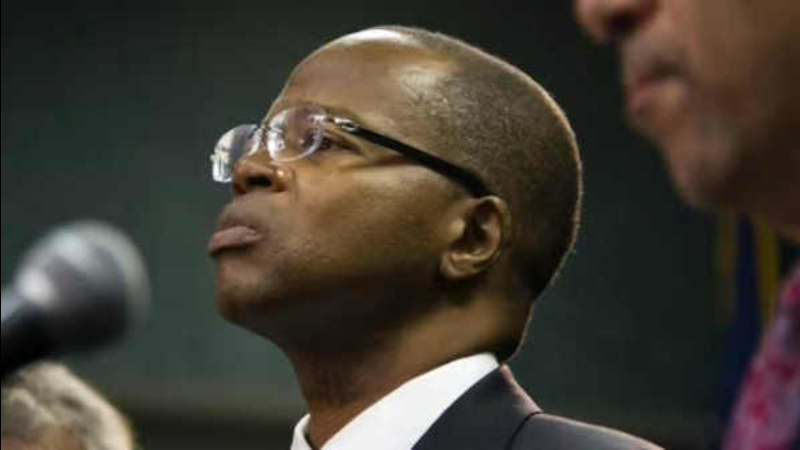 NEW YORK (WABC) -- A wake was held Friday for Brooklyn District Attorney Ken Thompson, who who died on Sunday at age 50 after a brief battle with cancer.

It was a career that was cut short, so suddenly.

He left an undeniable mark on this city, and it's why so many have turned out here tonight.

"He was really committed to equal justice and he lived that for all of his all too short life," said Zachary Carter, corporation counsel of New York City.

For Carter, this loss is personal. The former United States Attorney for the Eastern District of New York hired Ken Thompson decades ago as assistant U.S. attorney and from there, watched his career take off.

With flags at half staff, there was a massive turnout for the wake.

"As a friend I admired his tenacity and his intelligent. He was very smart. He would see things from different angles," said a friend, Bill Tingling.

In his tenure, the office expanded an initiative that reviews cases for potential wrongful convictions.

He prosecuted Peter Liang, an NYPD officer who was tried in the death of an unarmed black man in a housing project stairwell.

During his time as a federal prosecutor, he prosecuted the case against a police officer accused in the 1997 assault of Abner Louima in a precinct bathroom.

Friends and city leaders say, his impact will live on forever.

"I thought he was a real leader in making sure that enforcement efforts never had a disparate impact on black and brown people," said Carter.

A number of officials stopped by to pay their respects, from US attorney Preet Bharara to State Attorney General Eric Schneiderman.