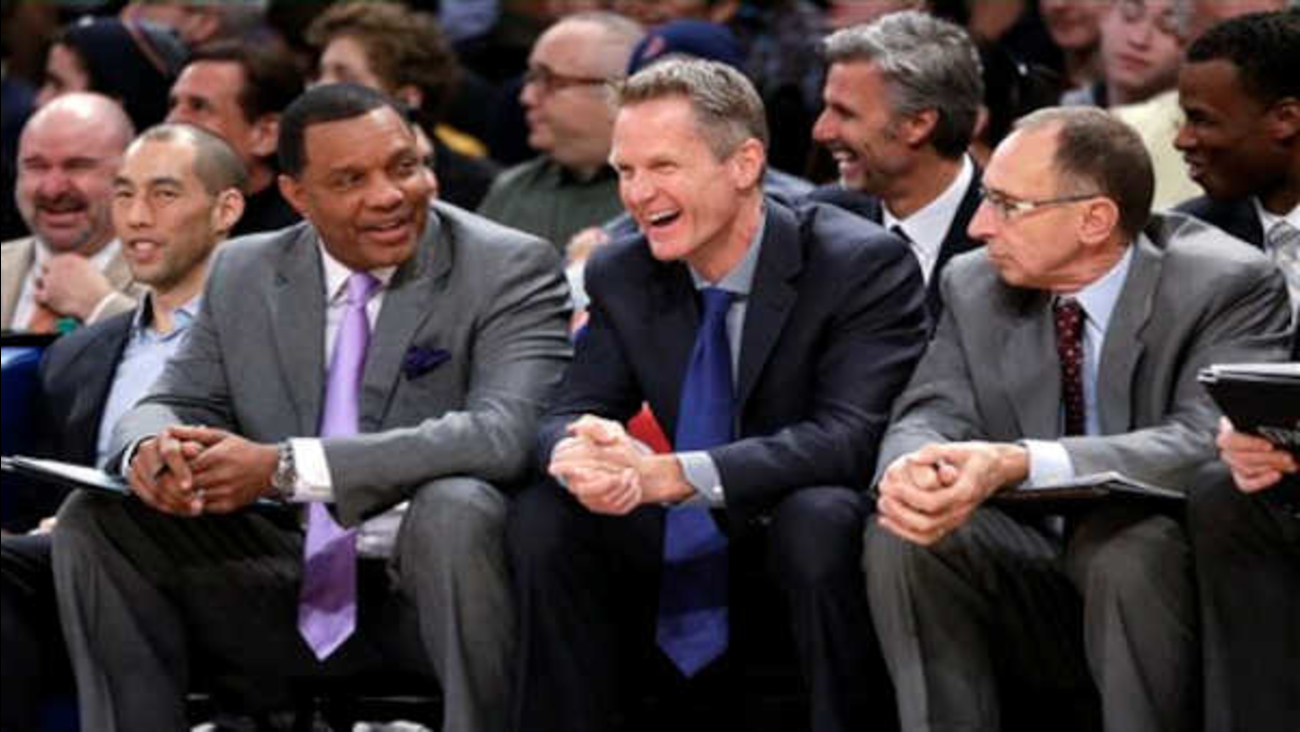 NEW YORK -- Draymond Green had 20 points and 13 rebounds, and the Golden State Warriors beat the New York Knicks 106-92 on Saturday night to give Steve Kerr a win in his first game coaching in the arena he nearly called home.

Stephen Curry scored 22 points and Klay Thompson had 16 on a night neither shot well. But the Warriors have plenty of weapons even when their All-Stars struggle, one of the many reasons Kerr never needs question the decision he made last summer when he chose between two job openings.

He picked the Warriors over the Knicks, and the difference is 30 victories as the teams near the All-Star break.

Langston Galloway scored 15 points for the Knicks, who gave Carmelo Anthony a night off and lost their third straight. The All-Star forward who has dealt with a sore left knee much of the season rested on the second night of back-to-back games.