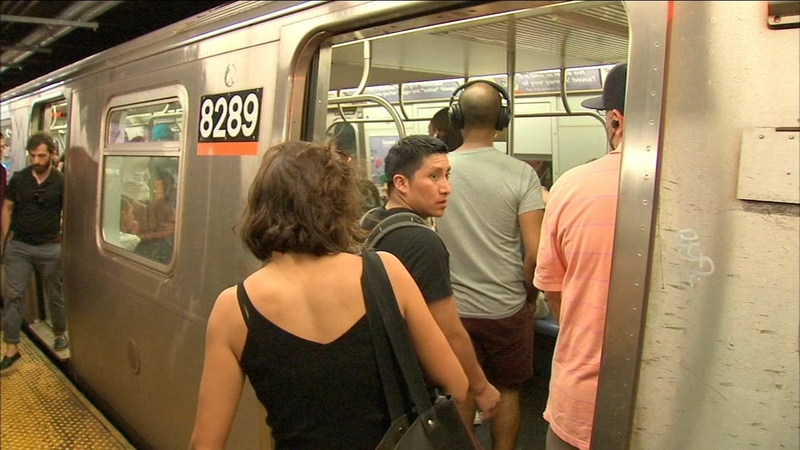 NEW YORK CITY (WABC) -- AT&T customers are now able to use their phones and other cellular devices while riding on the L subway line under the East River, Gov. Andrew Cuomo announced Wednesday.

It's the first under-river tunnel in the New York City Subway to receive cellular connectivity.

"The L Line project was proof that when we are confronted with a challenge we can build back better and stronger," Governor Cuomo said. "The L Train is now equipped with cellular service so New Yorkers can stay connected even when underground. We challenged those who said this project couldn't be done, and as a result, the MTA has delivered a more resilient tunnel with 21st-century technology."

A release from Cuomo's office says the new connectivity comes at no cost to the MTA, which will receive revenue from the project.

The work was done concurrently with the post-Superstorm Sandy repairs and other upgrades performed as part of the L project.

The MTA and Transit Wireless had previously collaborated to bring WiFi to all underground subway stations.

The MTA maintains broadband cell connectivity in the Queens-Midtown Tunnel and the Hugh L. Carey Tunnel in conjunction with a consortium of cell carriers.