SAN JOSE, Calif. -- Another airport security breach by a Bay Area woman is renewing demands for tighter restrictions after she got on a plane in San Jose without a ticket and then flew to Los Angeles.

The stunning lapse in security at the Southwest Airlines gate is the topic of heated discussions. Two major incidents at Mineta San Jose International Airport in four months concern passengers as new security measures are implemented.

Getting on to an airplane can be a test of your patience and ability to follow orders. One strange move in the TSA line and you could be taken out for extra security screening.

So the fact 62-year-old Marilyn Hartman was able to get on a Southwest Airlines flight from San Jose to Los Angeles on Monday without a ticket seems nearly impossible.

"First of all I'm shocked, because they screen us so thoroughly," said Southwest Airlines passenger Kim Selby. "You know, you're padded down for the least little beep. I can't imagine someone could escape through security and get on a plane."

Southwest Airlines conducted a head count after the plane was in the air. Police say she had no confirmed reservation in the system and no proof she purchased a ticket. She was arrested in Los Angeles.

But this isn't Hartman's first incident at a Bay Area Airport. She's tried six times to get past security at San Francisco International Airport. She even made it on a plane one time, but was arrested before takeoff. Hartman is now banned from SFO without a ticket.

San Jose airport security told a local congressman how she did it -- Hartman bypassed a document checker on Monday while he was examining a family's boarding passes. She went through screening and then she did a similar thing to get past a gate agent and on to the plane.

Officials at the airport say Hartman was not a threat to other passengers.

"The passenger was screened by the TSA," said airport spokesperson Rosemary Barnes. "Public safety was not compromised in any way because the passenger did undergo screening by TSA officials."

"What I'm more concerned about is somebody who would seek to do harm," said Rep. Eric Swalwell, D-Pleasanton. "And if this woman can get through, I think it exposes vulnerabilities for somebody who may want to do harm."

Swallwell is on the Homeland Security Transportation subcommittee. He recently called for improved perimeter security after a 15-year-old boy climbed a fence at San Jose's airport back in April and survived a flight to Hawaii in the wheel well of a plane.

The congressman says he's looking into new technologies to solve that problem.

As for the Hartman incident, the TSA says it has made some minor changes to the layout after an initial review of the incident.

Passengers, however, wonder how it could happen in the first place.

"It makes me really nervous," said Southwest Airlines passenger Alicia Lewis. "I mean, just knowing something somewhere along the lines was not done properly, that this person got on the flight, it's a little scary

Los Angeles police say Hartman was booked into jail and is expected to be arraigned on a trespassing charge by the end of the week. 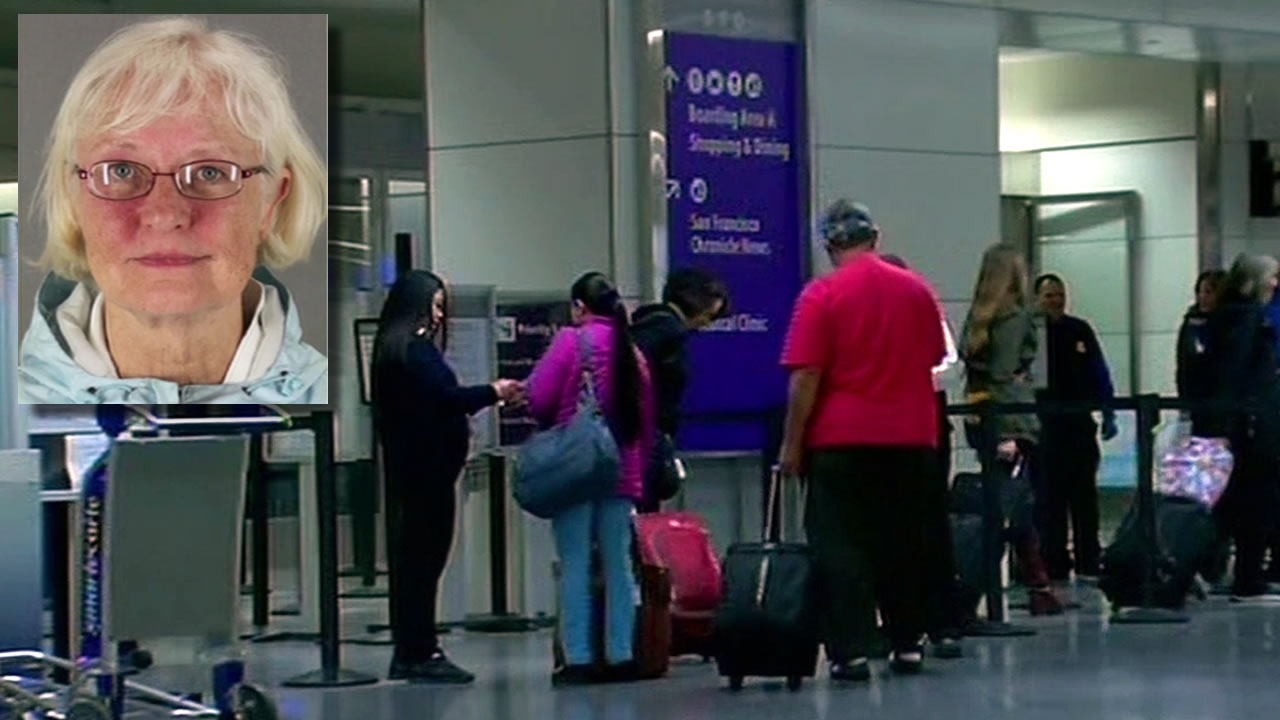 Woman arrested for trying to sneak onto Hawaii-bound plane again