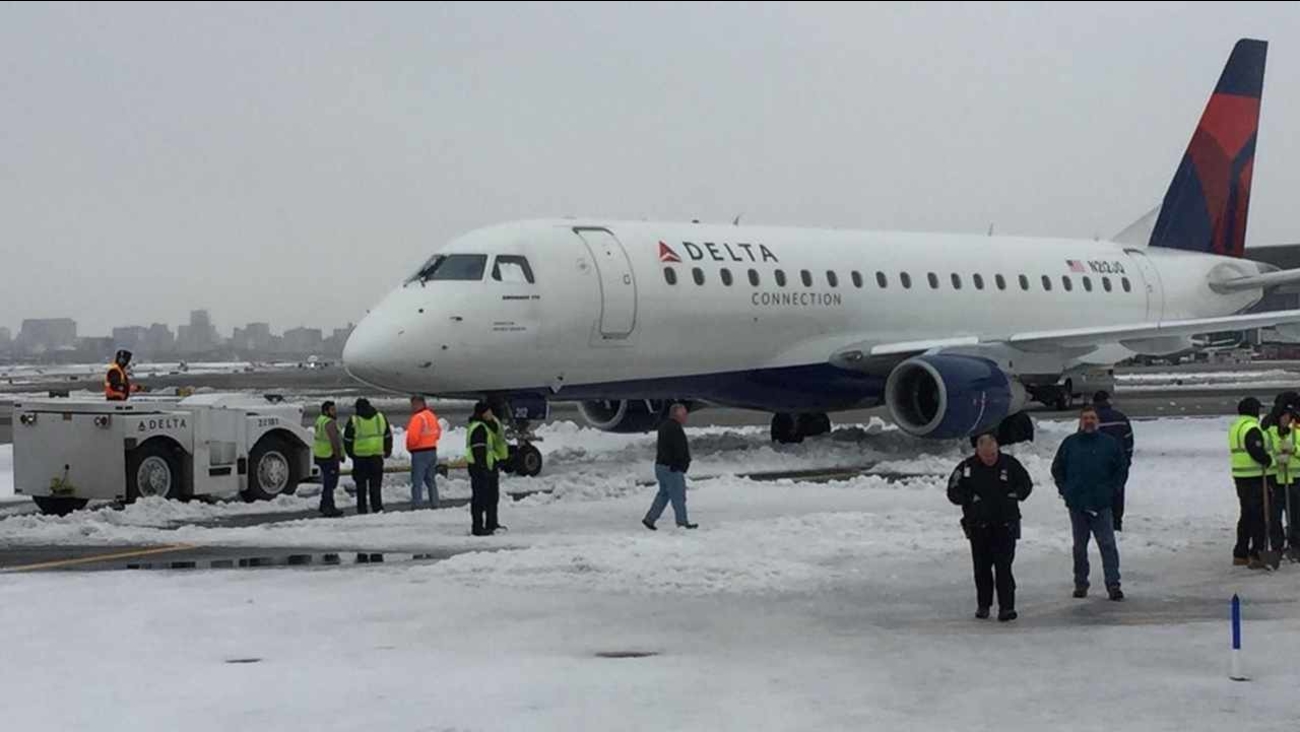 JAMAICA, Queens (WABC) -- A Delta flight landed safely on a LaGuardia runway Saturday morning, but then ran into a snowbank.

According to Port Authority spokesman Steve Coleman, around 11:25 a.m., Delta Flight 5964 from Chicago to LaGuardia landed on runway 4-22.

The pilot then turned off the runway to the taxiway, but failed to negotiate a turn and ran into a snowbank, he said.

The plane, which according to the Federal Aviation Administration was an Embraer 175 regional jet, used its own power to get back to the terminal where the passengers were off-loaded after about 30 minutes.

Delta spokeswoman Elizabeth Wolf said the plane was operated by Delta Connection carrier Republic Airline. The plane "encountered a depth of snow on the taxiway after making a normal landing at New York-LGA on Saturday. The ground crew quickly assisted in clearing the snow, and the aircraft then taxied to the gate on its own power."