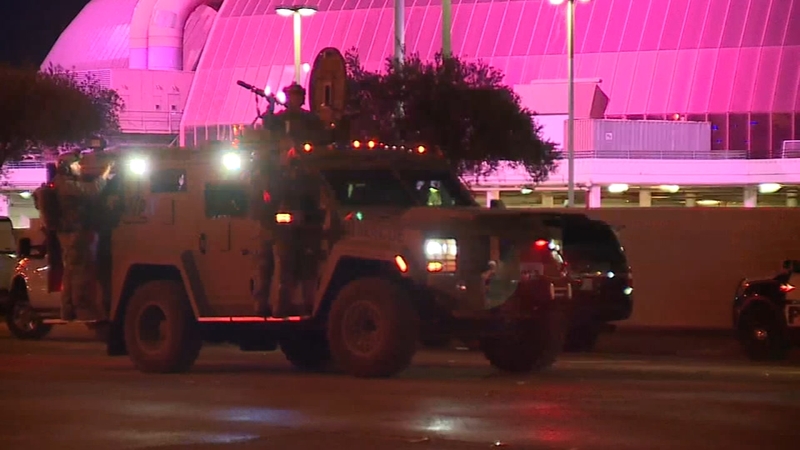 Multiple officers shot during night 8 of protests for George Floyd

Across the country, things turned violent again during the eight-straight night of outrage that injured multiple police officers in two different cities.

In Las Vegas, an officer is on life support after being shot while interacting with protesters near Circus Circus. Police say the suspect who fired at the officer is in custody.

During a separate incident in Las Vegas, a man was shot multiple times by police after they say he fired shots at the federal courthouse.

The shootings continued outside Las Vegas.

In St. Louis, Missouri, four officers were shot near the police headquarters. The shooting happened during a clash with a group of what they're calling, "agitators."

According to police, the officers were taken to the hospital, where they are conscious and expected to be okay.