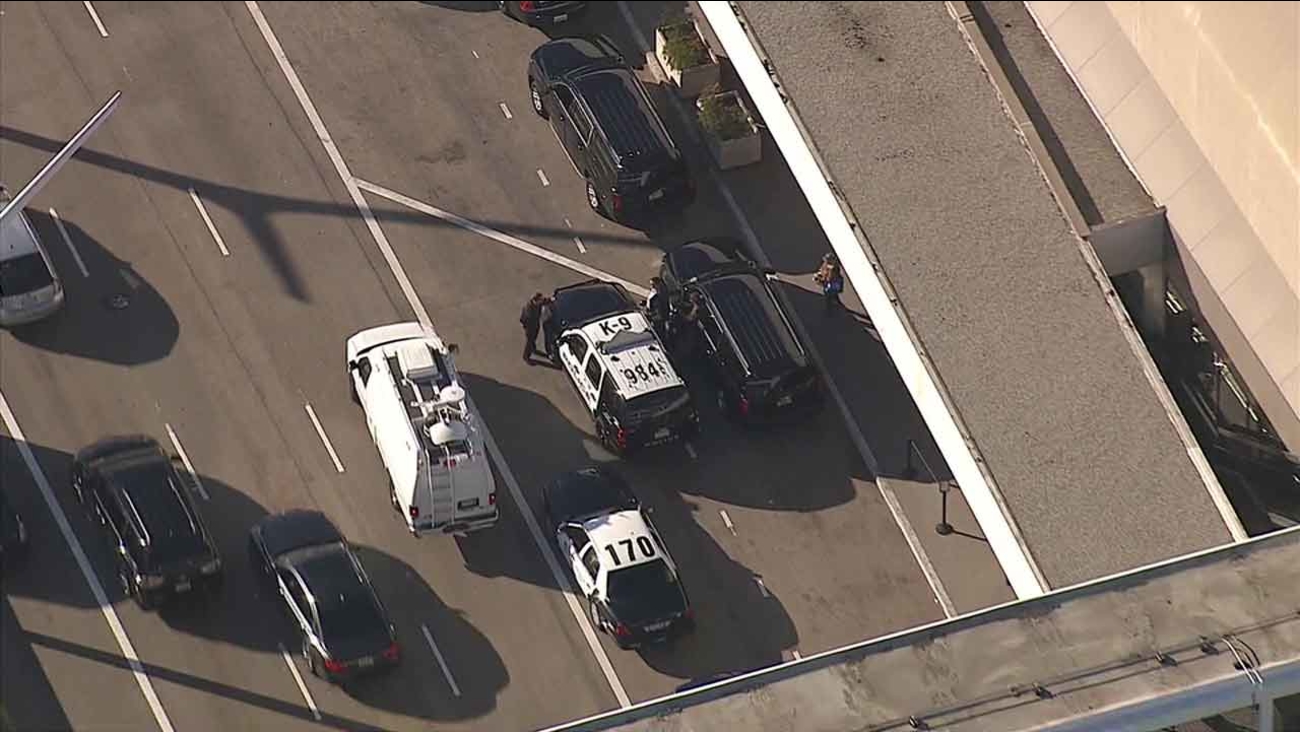 Rob Pedregon of Los Angeles Airport police confirmed the evacuation around 2:20 p.m. Authorities were on scene investigating the incident, until the threat was deemed "non-credible" by the FBI about 15 minutes later.

Travelers sent photos of the evacuation as the investigation was underway.

.@ABC7 passengers have been to the back of terminal 1 at #LAX - no announcement. pic.twitter.com/dv2Zkyh7lJ