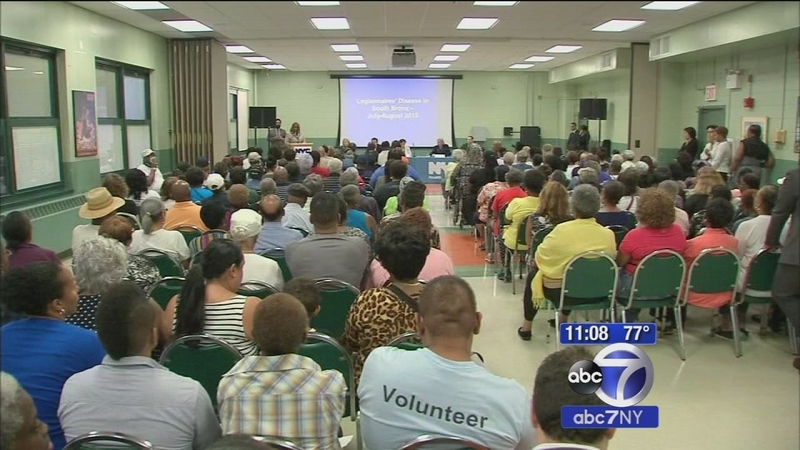 NEW YORK (WABC) -- Concerned residents turned out at a town hall meeting Tuesday night regarding the Legionnaires' Disease outbreak in the Bronx.

"It's a mystery, it's very frightening," said Delores Worrell, who doesn't scare easily. She's lived in the South Bronx since the 1940's, and at nearly 80, she's beaten cancer.

Tuesday night, she was among more than 100 residents of the Concourse Village apartment complex seeking information on the outbreak that's so far been blamed for sickening 115 people, killing 12 of them.

The patients breathed in mist from one of 11 cooling towers, which tested positive for the Legionella bacteria, though health officials still haven't determined which of them actually made people sick.

And now there is a partnership between the City Council, the mayor and the governor, for new regulations and mandatory testing of cooling towers statewide.

"This is something that has not been in place before. We first need to identify where all these cooling towers are and then require owners to register the property and every three months inspect those cooling towers," said City Council President Melissa Mark-Viverito.

Meanwhile, there is word that an inmate at Rikers Island has tested positive for Legionella, but officials say he didn't get it at Rikers, or in the South Bronx.

"It is still unclear to me how long he was in and if the incubation period covered his entire stay at Rikers, but the important thing is all the towers have been disinfected and he has been treated with antibiotics," said the city's first Deputy Health Commissioner, Dr. Oziris Borbot.

The city says it can see as many as 300 cases in a single year. But they're never clustered as they are in this part of the Bronx, which happens to be the nation's poorest congressional district, where chronic underlying illnesses are highly prevalent, illnesses that can make people more susceptible to Legionnaires'.

"It's just people who are elderly and with illnesses. Cause I have all of them, cancer, diabetes, blood pressure, the whole bit. And here I am," said Worrell.

City officials believe the deadly outbreak of Legionnaires' disease is nearing its end, but efforts to locate the source have been problematic.

Sources tell Eyewitness News it's obvious from mapping in the South Bronx, where city officials believe the Legionnaires' outbreak probably started, that the biggest cluster of people are getting sick in the neighborhood.

They strongly suspect two locations, one of them a cooling tower on top of the Opera House Hotel, but further testing is underway. 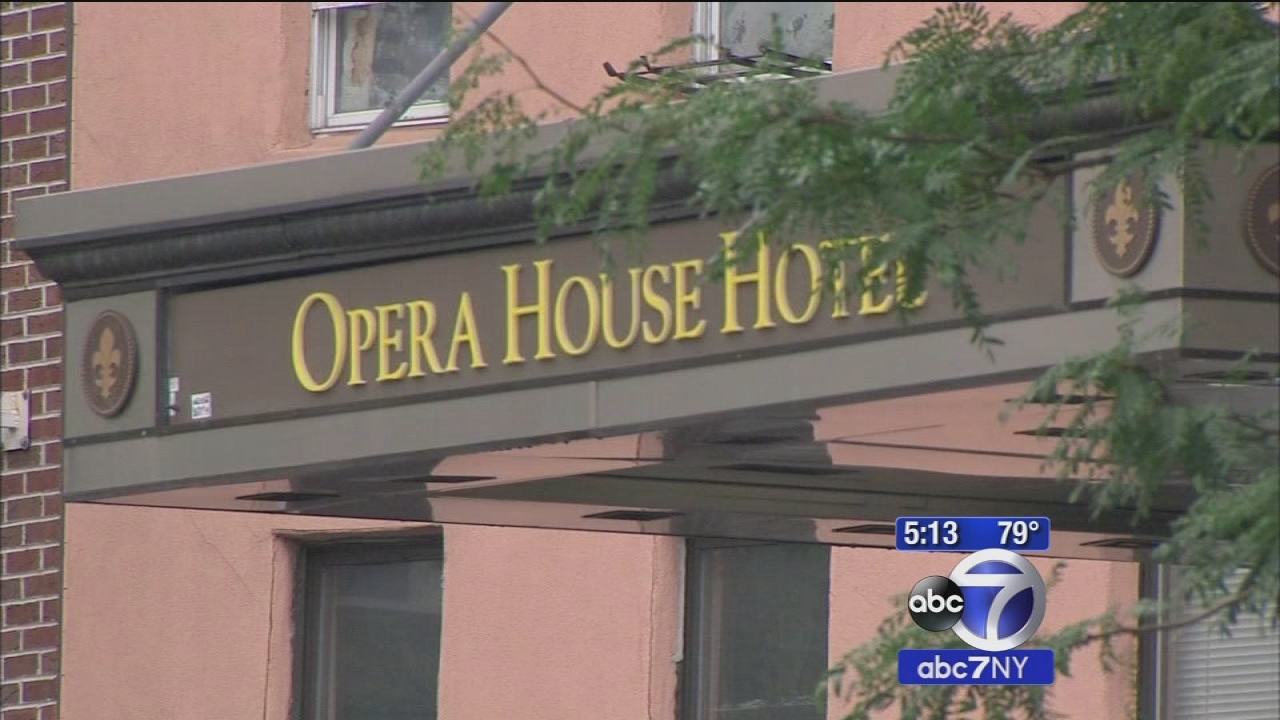 Hotel management earlier said: "It's outrageous that city officials would offer little more than speculation. We are deeply concerned that there has been a rush to judgment."

But Tuesday Mayor Bill de Blasio wasn't backing down one bit and refused to offer any info on two patients connected to the hotel.

"It's just not appropriate to give out patient information, we're not going to do that, so let's be clear: I'm sorry he's upset but the bottom line is from what we know, we know this site tested positive, no one is contesting that," the mayor said. "From what we know this was one of the major contributing sites."

At City Hall Tuesday morning, there was a move to pass a new law that would register all cooling towers in the city. Owners would be responsible for future clean-ups or be fined.

"It's vitally important that the city learn from this tragedy and that we take forward taking action now to prevent future outbreaks," said Mark-Viverito.

The mayor also updated seniors in the South Bronx, saying:

The mayor Tuesday said this outbreak is concluding, with no new cases for a week now. "It sounds like it's going away and they're going to be even more secure because it's being handled and they don't have to really worry about it too much," said senior center director Sandra Colon.

And the mayor grew testy with reporters. He wanted to talk about containment and how the disease is waning. Reporters wanted to know about the hotel.

"If that's what you guys want to talk about, I find it really interesting that the hotel owners feelings are more important to you than what we are doing to stop a disease but feel free," said de Blasio.

On Tuesday, the Bronx Opera House Hotel issued a scathing statement aimed at anonymous reports that it is the epicenter of the worst outbreak in New York City history.

It is believed at least six cases possibly originated from the hotel's cooling towers, with investigators identifying a cluster of three patients who had direct contact with the hotel and a second cluster of three who live in an apartment building on the street behind it.

"Following a conference call this afternoon with the City Department of Health, we now have better if incomplete information about the potential of Legionnaires' disease at our hotel.

"First, the officials made clear they could not confirm the wild speculation from anonymous sources in the media today that cited the hotel as the original source of the disease in the Bronx. We made clear to the DOH we viewed these statements as completely inappropriate, even reckless. We hope the information is wrong but did not get solid answers to that question today.

"That's because DOH told us the results of testing that will better establish if our water tower was a source, or even THE source, will not be available until tomorrow. We trust we will get those results directly from DOH and not through the media. We have taken proactive steps to cure any problems with our water tower, and stand ready to comply with State and City officials on further steps, whether immediate or long term.

"Third, we were told that DOH has linked two people, not three, to our hotel to date and that neither of those people who stayed in our hotel has died.

"We have tried to cooperate with the City and the State, and our only request is that the City share information with us in a timely manner and avoid anonymous speculation that serves no one's interests. We respect the privacy of those who have gotten sick and never asked for specific names, just general information to help us assess the problem.

"Finally, as members of the Bronx community, our hearts and prayers go out to those who have gotten sick and especially to the families of those who have died."

The City Council is hopeful to pass the new legislation on cooling towers by Thursday.

The bill requires registration and routine testing of city cooling towers and would create penalties for building owners who do not comply.

Three people have also been diagnosed with Legionnaires' disease in Rockland County since July 1, health officials say. One of these cases is associated with the outbreak in the Bronx and the other two are sporadic cases with no links to New York City or each other, according to the Rockland County Health Department.

Last week, an employee of Chromalloy Gas Turbine Corporation in Orangeburg was diagnosed with the disease. The company said it reopened Monday morning after disinfecting cooling towers.