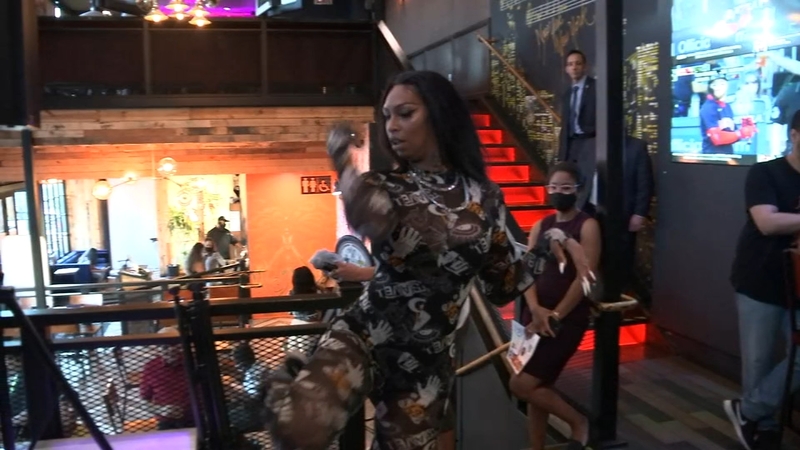 BRONX, New York (WABC) -- Gay pride was on full display in the Bronx Wednesday night, during an event that also called for pay equity for the LGBTQ+ community.

"As trans women, we are scared to walk down the street in the daytime and at night due to bullying and harassment," TS Candii said.

But it was all love at Suyo Gastrofusion in the Bronx, as Kae Alexander vogued with pride in a sea of rainbow colors.

Friend and activist TS Candii was there to cheer her on.

"We are human no matter what color your skin is," Candii said.

RELATED | Pride Month 2021: What to know about its history, events, parades

It's no coincidence the event also falls on LGBTQ+ Equal Pay Day.

"We have to recognize the disparity when it comes to equal pay for our LGBT bros and sis who are paid far less," Gibson said.

During the pandemic, the human rights campaign says more than 58% of transgender people of color had their work hours reduced, compared to 23% of the general population.

"Incidents are there and we are on top of it to make sure we investigate them as soon as we find out," Clark said.

"My biggest hiccup had been walking down the street and being acknowledged," Candii said.

The hope is that by spreading awareness, folks like TS Candii can be accepted for who they are.