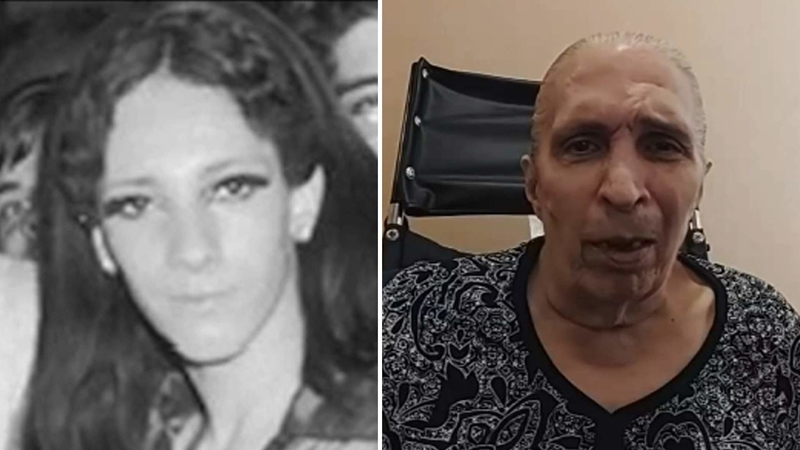 When Yvonne Ritter was 18, she celebrated her birthday at the Stonewall Inn on the night of the riots. Ritter, who is transgender, was arrested and thrown into a police van.

She was terrified that her parents would find out who she really was.

"Yvonne was and is a revered pioneer," said Dr. Barbara Warren, who is the senior director for LGBT Programs and Policies in the Office for Diversity and Inclusion at Mount Sinai Health.

Ritter's friend Scott Morrow says there was a time when there was real physical violence between law enforcement and LGBT people for the right to be themselves.

On June 28, 1969, the gay rights movement was born and the night Ritter, shown in a photo from that time with long hair in the front, turned 18.

She would go on to become a nurse, an AIDS activist and medical reformer who saved hundreds of lives - but first, that night, she had to talk her way out of police custody.

"Please let me go," Ritter said. "My father and mother will kill me if I get caught in this outfit."

It worked and she was let go. In a very different way, she would go on to free others.

"I stood up for a lot of trans people," Ritter said. "Some younger, some older than me. I said, 'Girl don't worry about it, ain't nobody can kick us.'"

Morrow said that Ritter has been a second mother to him.

Dr. Warren explains everything Ritter did -- and she was helped.

AIDS was killing people all over the world.

"Others went in full PPE, but she would go in just her and hold peoples' hands as they were dying," Warren said. "She did a lot helping people around the country always with grace and always with humor."

Next week, on June 28, the anniversary of the Stonewall riots, Ritter will celebrate her 70th birthday, continuing to reach out to young people just like the young person she was that night.

"Just be yourself," Ritter said. "You don't have to play games for people you are who you are."