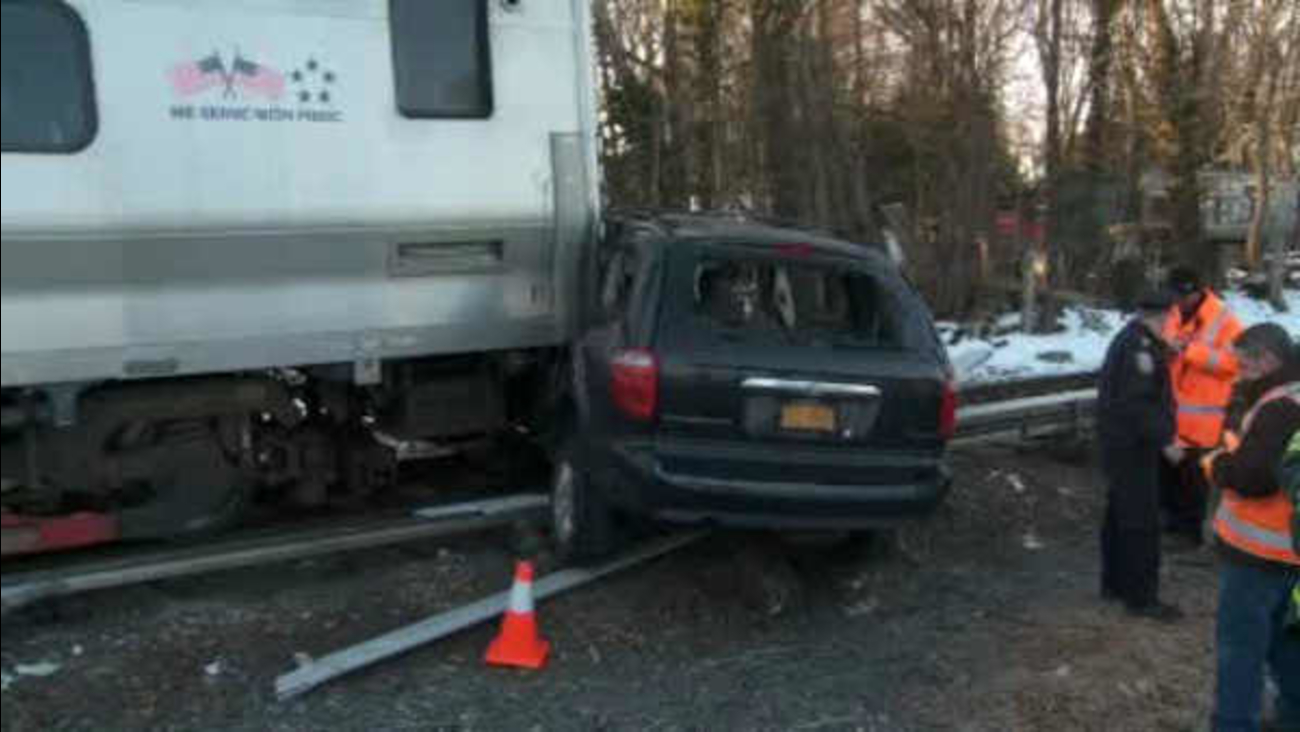 WABC
WEST HEMPSTEAD, Long Island (WABC) -- Service has been restored on the LIRR West Hempstead Branch after an unauthorized vehicle on the tracks was struck by a train Monday morning near Westwood Station.