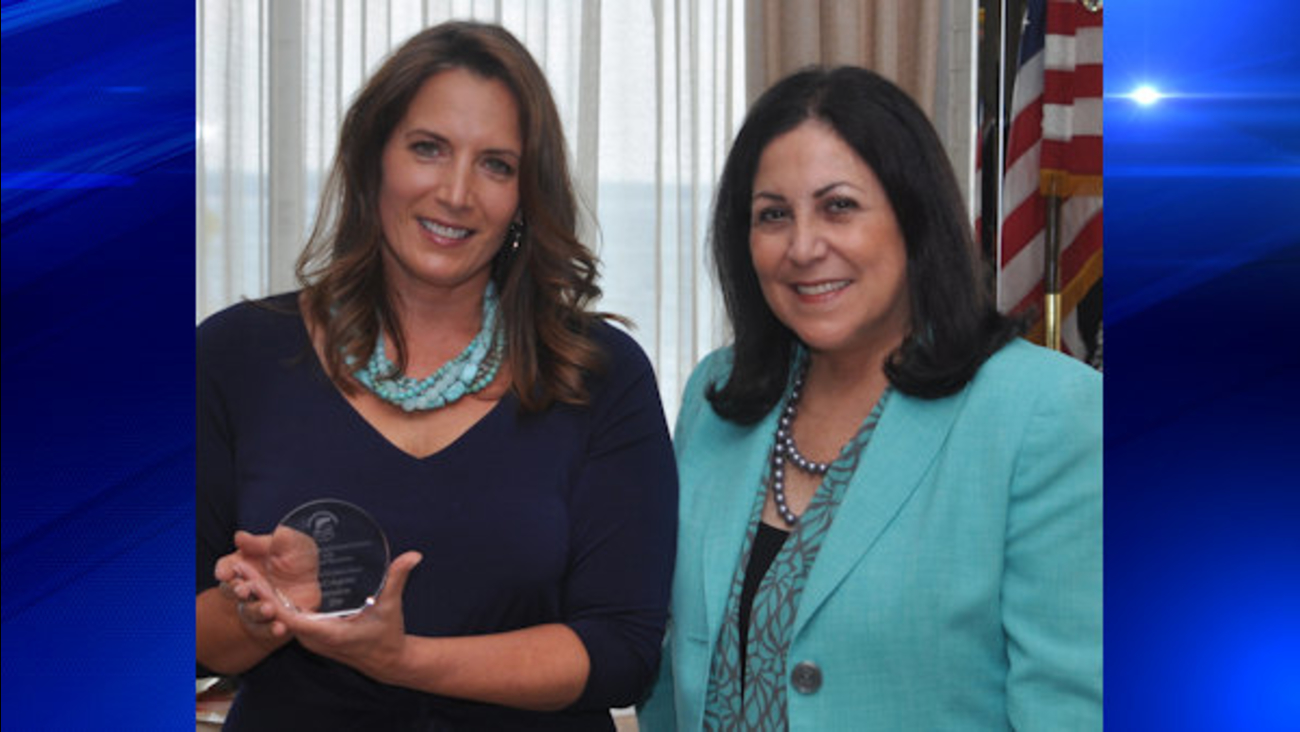 NEW YORK (WABC) -- The Italian Heritage and Culture Committee of The Bronx and Westchester is mourning the loss of Eyewitness News reporter Lisa Colagrossi, the 2014 Il Leone di San Marco honoree in Journalism.

The award had been presented to her at their 35th annual Awards Celebration, on September 28 in New Rochelle, New York.

Patricia Santangelo, president of the Italian Heritage and Culture Committee of the Bronx and Westchester said, "Lisa was a terrific journalist and also had a beautiful soul - she was a kind, down-to-earth, and genuine individual. We were honored to have had a chance to be with her for the afternoon. Her family was clearly the most important part of her life, and she worked the early morning news so she could be home with her two boys by the time they returned home from school. Lisa Colagrossi embodied all of the qualities we respect, and she gave honor to Italian Americans. We celebrate her wonderful contributions. We know that her spirit will live on in her children and husband and in all with whom she was associated."

The Il Leone di San Marco Award was presented to her by Fios 1 News Reporter Lisa Salvati, a member of the committee who knew Lisa professionally.

"I met Lisa Colagrossi on a story we both were covering in NJ when I was at News 12. I will never forget her grace, her smile and the passion she had for her job. She was an exceptional reporter, a class act whose work I had always admired," Salvati said.

A donation will be made by the committee in Lisa's honor to the Lisa Colagrossi Memorial Trust.