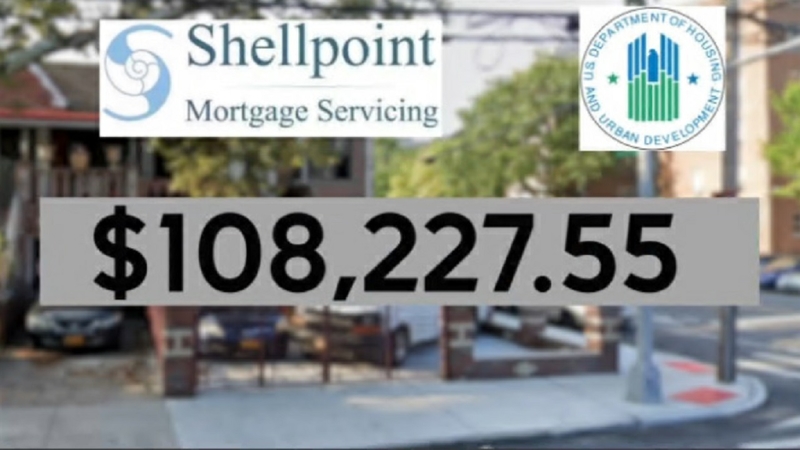 BEDFORD PARK, The Bronx (WABC) -- A Bronx woman was at already at a breaking point after battling cancer and struggling to get back to work, before the federal government suddenly seized her tax refund and made plans to garnish her wages.

The monumental misery was caused by a six-figure debt -- money she had paid off months earlier.

When no one listened, she called Nina Pineda and 7 On Your Side.

"I was at my wits end," Lisa Wilson-Thomas said. "I didn't know what else to do."

Con artists are calling customers and convincing them that their power will be turned off immediately if they don't pay up.

And it all stemmed from a bill she said she didn't even owe.

"No one knows what I'm going through, because like I said, it's been a really rough two years," she said. "It's not fair."

Last year, both her parents passed away. Then, while she was battling cancer and weakened by chemo and radiation, she got a nasty note that the feds had seized her tax refund.

Her problems started years ago when she owned a home in Brooklyn. She modified its mortgage through HUD, which paid her loan servicer, Shellpoint, $108,000 to lower her monthly payments.

But last June, when the single mom sold the home and paid off the mortgage in full, Shellpoint should've paid back HUD. But that didn't happen.

She started calling Shellpoint months ago, asking them to simply pay back HUD.

She said she talked to dozens of people, to no avail, as HUD kept coming after her and dinging her credit score.

"He was saying it was my fault and at this point, we're just going to take all your money," she said. "I'm so afraid that this cancer is going to come back because of this stress. I'm so afraid."

So we contacted Shellpoint, who immediately apologized and promised to make the payment, which was made in full two weeks later.

HUD also credited her for the seized refund.

"Thanks so much," Wilson-Thomas said. "7 On Your Side saved me."

Fill out the form below or email your questions, issues, or story ideas by filling out the form below or by emailing 7OnYourSideNina@abc.com. All emails MUST INCLUDE YOUR NAME AND CELLPHONE NUMBER. Without a phone number, 7 On Your Side will not be able to respond.
Report a correction or typo
Related topics:
societynew york citybedford parkbronxmortgages7 on your sidecancer
Copyright © 2022 WABC-TV. All Rights Reserved.
7 ON YOUR SIDE
Baby formula scams are skyrocketing: How to avoid getting duped
United cancels couple's flight, charges $4K more for same seats
529 Plans - How they can help you save/pay for college
7 On Your Side helps grieving mom fight for daughter's death benefits
TOP STORIES
3 people killed in crash near catering hall on Long Island
NJ police impose curfew after large party gets out of hand
Empire State Building lit to honor Notorious B.I.G.'s 50th birthday
AccuWeather Alert: Still steamy
2 people pulled from Hudson River after jet ski collision
Man dies after collapsing at finish line of Brooklyn Half Marathon
Teen sought in 11-year-old shooting death also wanted for 2 robberies
Show More
White Sox shortstop accuses Yankees' Donaldson of making racist remark
Heat Advisory issued ahead of possible record-breaking temperatures
Some peanut butter recalled for potential salmonella
Why a NJ teacher keeps an empty chair in his classroom
Puppy stolen from NJ pet store returned unharmed
More TOP STORIES News