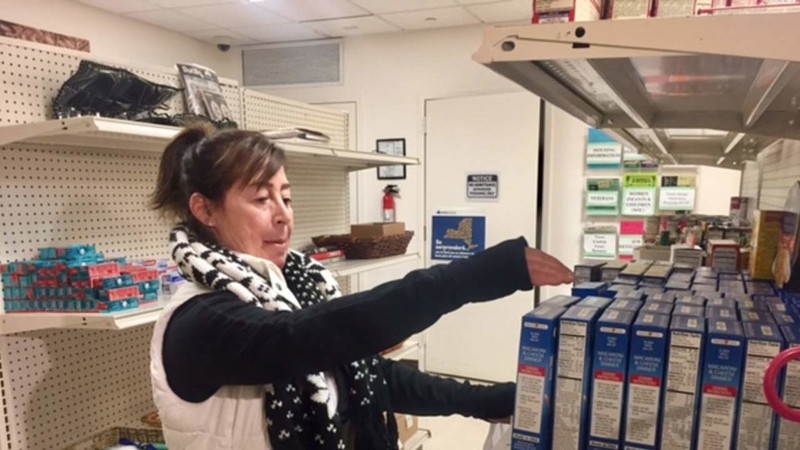 FREEPORT, Long Island (WABC) -- One of Long Island's largest food banks is reporting a 20 percent increase in the number of people coming through its doors.

The percentage amounts to 5,000 more people who obtained food through Long Island Care's Harry Chapin Food Bank in 2017 as compared to 2016.

"At a time when the economy is improving and many people have gone back to work, not everybody is benefiting, and that's a challenge," Pachter said.

Pachter said Long Island Cares is expanding its satellite location in Freeport, where they have seen more people coming to receive food. Eyewitness News spoke with Roberta Damore as she was picking out food.

"I'm on Social Security and I do get food stamps, but it doesn't quite make it through the month," Damore said.