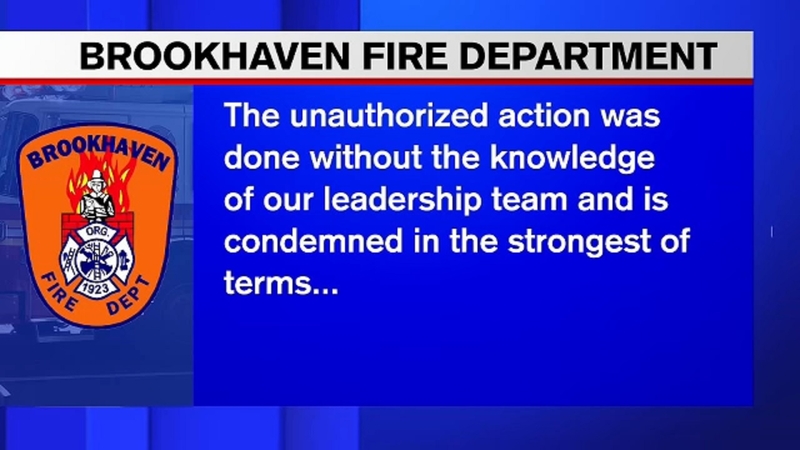 BROOKHAVEN, New York (WABC) -- An investigation is underway on Long Island after a Confederate flag was seen displayed on a Brookhaven Fire Department fire truck.

"I'm appalled by reports that a Confederate flag was flown on a Brookhaven Fire Department truck at a Patchogue parade. We have zero tolerance for symbols of racism or division, and I have directed the New York State Division of Human Rights to investigate the incident immediately," said Governor Andrew Cuomo, in a statement.

An investigation is underway on Long Island after a Confederate flag was seen displayed on a Brookhaven Fire Department fire truck.

"The unauthorized action was done without the knowledge of our leadership team and is condemned in the strongest of terms."

The statement went on to say, "We can assure our community that racism has no home in our firehouse."

"I was deeply disturbed and angered to learn that someone would prominently display a Confederate flag on a fire truck in this county, a symbol of division that is not reflective of who we are, nor who we aspire to become."