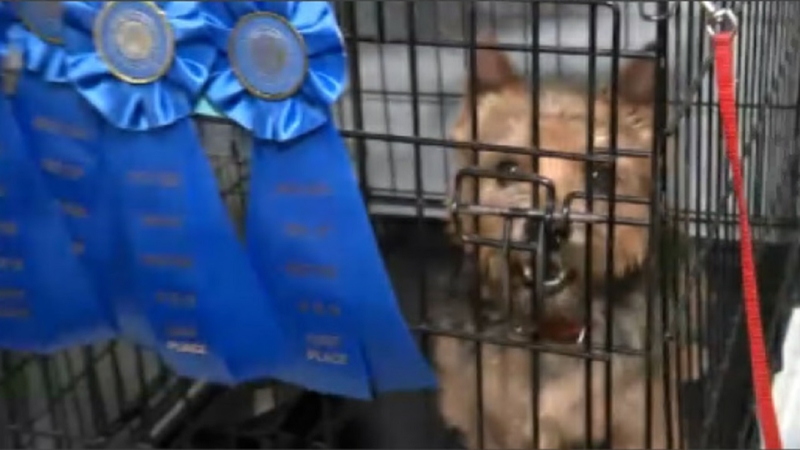 BAY SHORE, Long Island (WABC) -- Sports champions can come in many different shapes and forms. One special champion is proving you don't need to have two or four legs to overcome a disability.

'Rascal' was already the fastest Norwich Terrier in the 100-yard dash in 2020, now the soon-to-be three-year-old is a role model, returning to the ring after losing a hind leg to cancer.

"Well there was a lump on his leg that was noticed in December of last year, everyone told us this would be way worse on my husband Don and me than it is on Rascal, and it is true, he has no clue he is missing a leg," said owner Lark Shlimbaum.

However, competing was a different story - some agility events, including AKC events, did not permit dogs with only three legs until Shlimbaum inquired and gained support.

"I started a little campaign - talking to people, a little social media," she said.

In November, the AKC responded with a clarification pertaining to the eligibility of agility dogs, saying,

"After careful deliberation, it has been determined that having three legs does not preclude a dog from having functional movement and being physically sound." Therefore, three-legged dogs are eligible for entry at AKC agility trials."

In early December, Rascal became the first three-legged dog to compete in an AKC agility event.

"First one in the world to do it, and the standing ovation at the end of his run...makes me cry," added Shlimbaum.

The bathtub was found in a nearby yard, upside down, with the babies underneath.