Kickball is coming to Long Island at a minor league ballpark 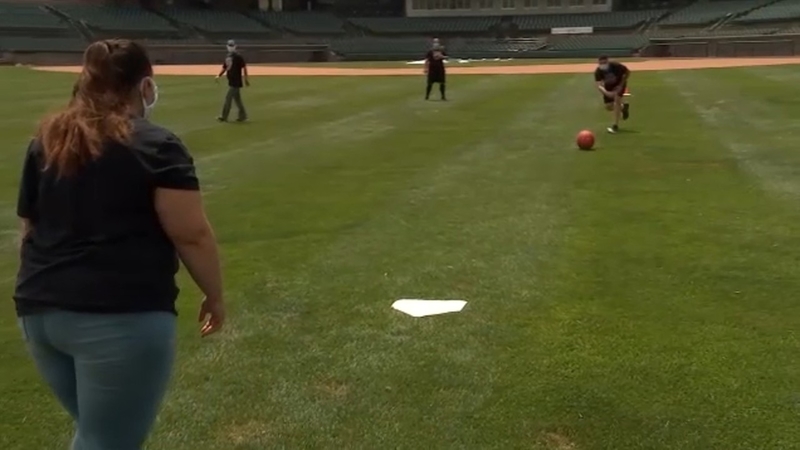 Bethpage Ballpark is the home of the Long Island Ducks, but with Minor League Baseball canceled for the season, the 2019 Atlantic League Champions aren't playing here.

Instead, the Long Island Ducks are making good use of their ballpark with kickball.

"This kickball was really something that was born out of success that other teams have had with it and some of our colleagues in North Carolina, one of the more successful leagues in their ballparks," Long Island Ducks President and GM Michael Pfaff said.

We all remember kickball as a kid, in gym class, or on the playground, so what makes this different?

"This is the same kickball you play on the playground as a kid but now you're on this beautiful ballpark, on the field, under the lights, having fun with your friends," Pfaff said. "It's a great workout, it's a game we enjoyed in third grade but you'll also enjoy it as an adult."

The Quackers Kickball League is a co-ed adult, 21 and over league, that will meet every Wednesday evening as part of a 9-week season.

And you don't need any kind of special training or skills to play.

"It's something that lets us let go of just the world and all the issues and just having fun with our friends," Marie Sarro said.

Teams consist of a minimum of eight players and a maximum of 18.

If you don't have a team, that's okay, you can sign up as an individual and you'll be placed on a team.

And you just may get a kick out of it!