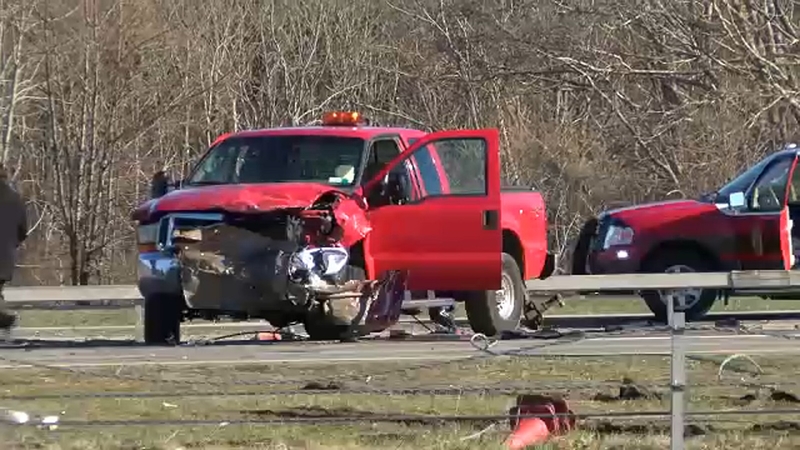 SHIRLEY, Long Island (WABC) -- A woman was killed when police say a man driving while impaired crashed his pickup truck into a minivan on the Long Island Expressway.

Police say 37-year-old Peter Visconti, Jr. struck the minivan near Exit 68 in Shirley around 3:30 p.m. Saturday. Visconti then crossed the median into oncoming traffic and hit a motorcycle and another minivan.

Officials say seven people in the minivan were taken to area hospitals. One woman who was in the vehicle was pronounced dead at the scene. Another woman is in critical condition.

The driver and four other passengers suffered non-life-threatening injuries. The male motorcyclist was transported to Stony Brook University Hospital with serious injuries.

Visconti was taken to a local hospital with non-life-threatening injuries and faces multiple charges, including driving while ability impaired by drugs, unlicensed operation of a motor vehicle and criminal possession of a controlled substance.

He has not been scheduled to be arraigned due to his injuries.