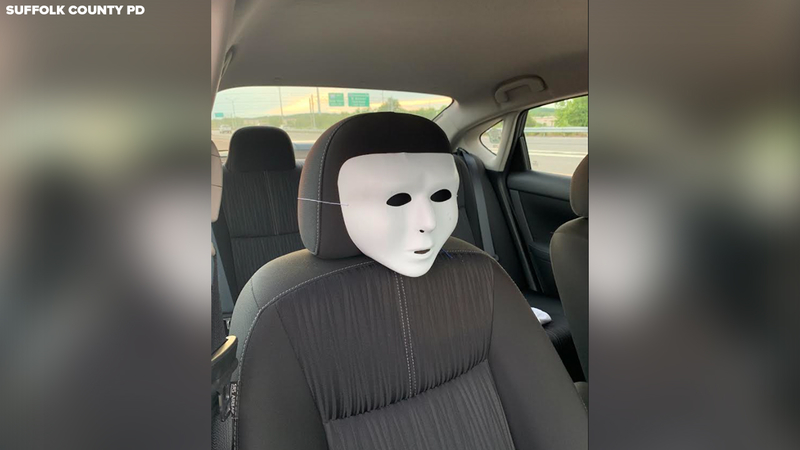 Caught in the act: Driver ticketed for using fake passenger in HOV lane

COMMACK, Long Island (WABC) -- A driver wasn't fooling anyone after he tried to pass off a drama mask as a phony passenger in the HOV lane on the Long Island Expressway.

Suffolk County Police issued a ticket to a Lake Grove man Wednesday after he was pulled over for driving with a mask attached to his front passenger seat in the HOV lane on the Long Island Expressway in Commack.

Highway patrol officer Jonathan Abrams spotted the car just before Sagtikos Parkway at exit 52, when he became suspicious of the front passenger of a 2017 Nissan sedan around 7:15 p.m.

The officer pulled over the driver, Justin Kunis, and found that he had attached a drama mask to the front passenger head rest in an attempt to make it look like he had a passenger in the car.

The 20-year-old driver was issued a summons for the HOV occupancy violation.