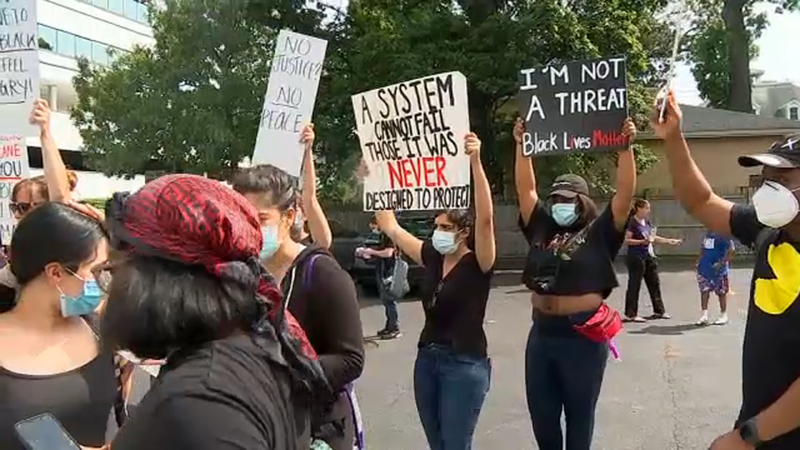 NASSAU COUNTY, Long Island (WABC) -- The Nassau County legislature voted in favor of a controversial proposal that would allow police officers to sue protesters who harass or injure them.

Lawmakers heard from more than 40 speakers for and against the bill. It now goes to Nassau County Executive Laura Curran, who hasn't said whether she will sign it.

Civil Rights activists argue the bill is payback for last year's demonstrations against police brutality, and would violate free speech.

argue the bill is a payback for last year's demonstrations against police brutality - and would violate free speech.

Diana Rocco reports from the scene of the shooting in North Corona.