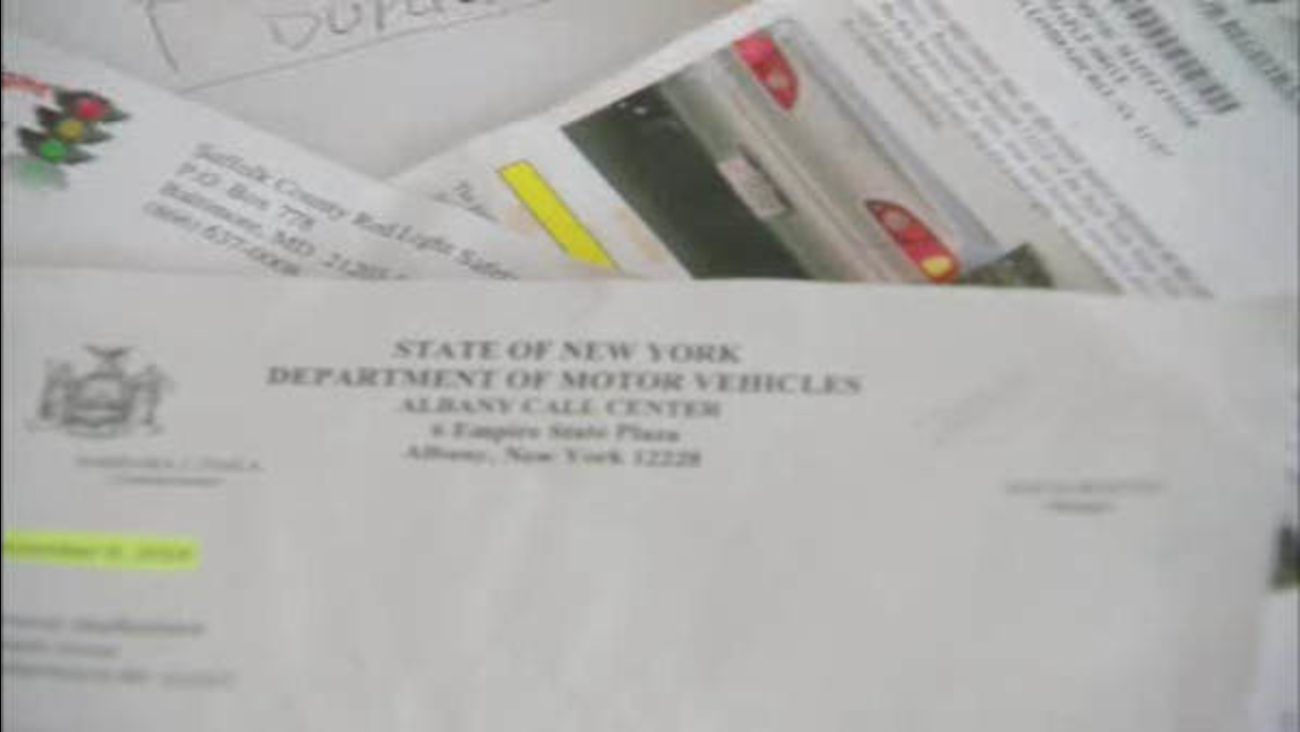 LINDENHURST (WABC) -- An elderly man on Long Island has received at least 10 tickets for a car that doesn't even belong to him.

Domenic Maffettone, 84, turned his license plates into DMV 14 years ago, and somehow, his number was reissued.

And so he has no idea who's behind the wheel of the car that keeps running through red lights at an intersection on Commack Road, but he knows it surely isn't him.

Still, he's been getting tickets, and because he refuses to pay them, has been slammed with late fees bringing each ticket up to $105.

"It's annoying," he said. "That's the word I think. It's really annoying."

The situation has also left him stressed.

"I feel it in my gut," he said. "Sometimes I have sleepless nights."

Maffettone had seven of the violations exonerated, and the DMV even sent him a letter last year telling him that his name was no longer tied to the vehicle. But they haven't told him anything about the 10 other violations he still has.

He isn't even sure how much he owes in tickets.

The New York State DMV says they're looking into the case, while a spokesperson for the Suffolk County Executive's office said that all residents should be treated fairly.

"We are certainly looking into the issue of Mr. Maffetone's behalf, and we will work to resolve it," the spokesperson said.

In the meantime, Maffettone is preparing to defend himself in front of a judge, because the county is taking him to court for outstanding violations.