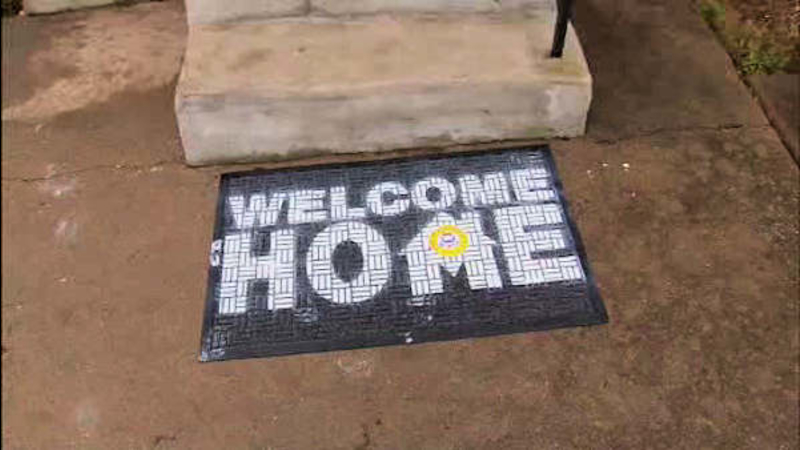 ROOSEVELT, Long Island (WABC) -- A mother on Long Island is being recognized for her distinguished service in the Navy with an incredible new gift.

Jessica Lopez served for decades, helping families recover their fallen loved ones. Now, she has received a newly-refurbished home.

She was awarded a ceremonial key to Roosevelt, along with a four-bedroom, two bathroom house. The mother of five was displaced after Superstorm Sandy, and her family was barely getting by in their old home in Freeport.

"I didn't like it from the minute we moved in," she said. "But we had no other option at that time."

Lopez sought help from a group called Women in the Military.

"Because most of the services are geared towards male veterans, our counterparts and our brothers in arms," the organization's Sylinthia Burges said.

As for the financial path to her new home, it was made possible by the Town of Hempstead's Housing Authority, with their non-profit securing $212,000 to buy the home.

Then, they received federal money from Housing and Urban Development, about $31,000 for repairs. Now, HUD will offer a discounted rental rate to Lopez and her family.

Lopez's bittersweet job in the Navy was to help families of missing-in-action veterans recover their remains, which led to a struggle with PTSD.

"(The) sweet part was we were able to bring closure to the families, but bitter because we're talking death," she said.