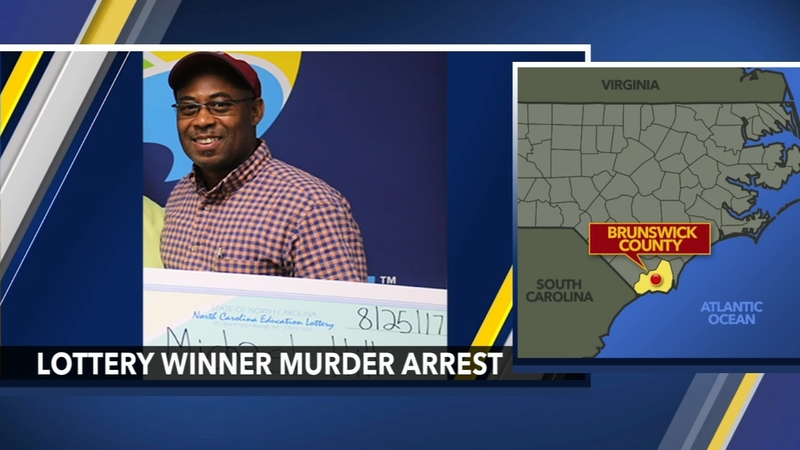 SHALLOTTE, N.C. -- A North Carolina man who won a $10 million lottery prize in 2017 has been arrested on a murder charge.

The Shallotte Police Department charged Michael Todd Hill, 52, of Leland, with murder after the body of a woman, Keonna Graham, was found in a hotel room on Monday, according to news outlets.

Authorities did not immediately release additional details about the woman's slaying.

Sgt. Holman with the Shallotte Police Department told ABC affiliate WWAY that Hill and Graham had an on-again, off-again relationship.

Hill was arrested Tuesday in Southport and was ordered held without bail at a Brunswick County jail after his initial court appearance.