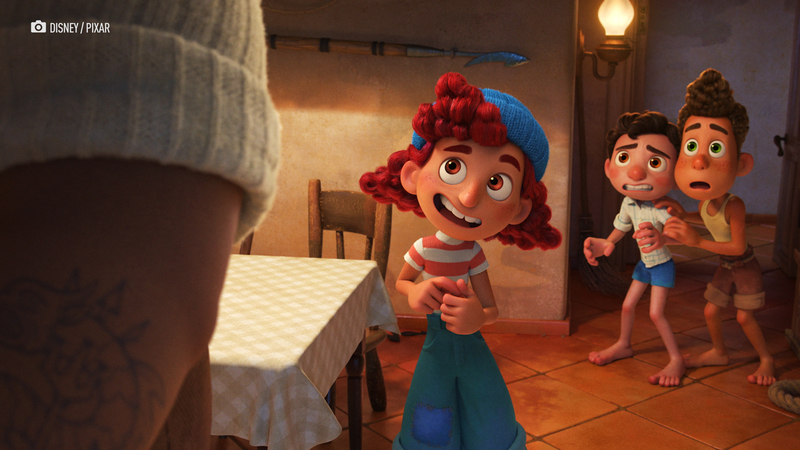 "My favorite Disney/Pixar film is 'Inside Out,' and I relate to Joy a lot because we are both very cheerful and outgoing people," Berman says with a smile.

Berman has also always been passionate about acting.

"I really enjoyed doing school plays. I always wanted to be the main character, so my mom signed me up for a summer camp where I did a theater production of 'Annie' and I got cast as Annie," Berman shares, "So, that is really how I got my start."

In late 2019, Berman's agent got her an audition for the new Disney/Pixar film, "Luca," and she could not have been more excited.

"'Luca' is an inspiring story about friendship and the summer adventure of Luca, Alberto and Giulia," Berman explains. "The character stood out to me a lot because we are both very passionate and determined and hardworking, but we also very outgoing and goofy."

Three months after her initial audition, Berman got the part. With the story unfolding in the fictional Italian town of Portorosso, she had to prepare to master an Italian accent.

"There were definitely some challenging parts of doing this new accent, the new dialect," Berman recalls.

Although Berman practiced with her acting coach Bettina Devin, she also found some additional assistance from a waiter working at her favorite Italian restaurant, Trattoria Da Vittorio.

"I had some zoom sessions where he taught me a little bit of Italian," Berman reveals. "He was reading everything on the menu with the Italian pronunciation for me. It was definitely helpful."

"He just came from Italy so his accent was like a very strong Italian accent," restaurant owner Vittorio Durzo adds.

Playing Giulia in "Luca" was an unforgettable experience, and as a result, in the future, Berman hopes to work with Pixar again.