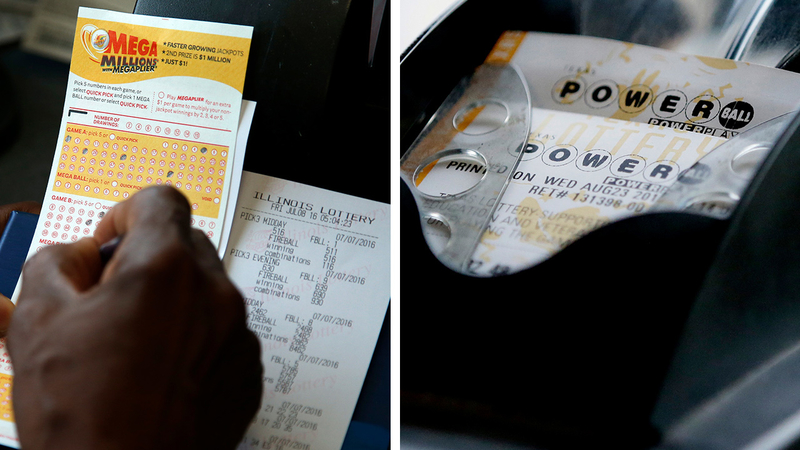 NEW YORK CITY -- A New York attorney who branded himself the "Lottery Lawyer" has been charged with swindling millions of dollars from jackpot winners in a conspiracy that federal prosecutors say involved a member of the Genovese crime family.

One of the victims won the $1.5 billion Mega Millions lottery, authorities said, while another had hauled in a $245 million Powerball jackpot.

Kurland's defense attorney declined to comment on the indictment.

Kurland's law firm, Rivkin Radler, said it had been "taken by complete surprise" by the charges and is cooperating with the federal investigation. The firm issued a statement saying it was "taking immediate steps to remove Mr. Kurland as a partner."

ALSO READ | Search on for shooter after 4 shot in Queens

Chierchio's defense attorney, Gerald J. McMahon, said his client was "not guilty of these fraudulent charges." He also disputed Chierchio was involved in organized crime. "If he were not Italian, there would be no accusation of this nature," he told The Associated Press.

Prosecutors said Kurland, who also practices real estate law, had been entrusted to safeguard the lottery winnings, charging clients upfront fees between $75,000 and $200,000.

But he also received kickbacks, authorities said, for encouraging the jackpot winners to invest in dubious entities controlled by Chierchio, Smookler and Russo, who are accused of siphoning millions from those investments.

Messages were sent to attorneys for Smookler and Russo seeking comment.

The businessmen "repeatedly discussed how to cover their tracks and impede any investigation into their conduct," prosecutors wrote, citing one wiretapped call in which Smookler and Russo discussed destroying hard drives.

"When they subpoena us, they're going to ask for that," Smookler said, according to court records.

"Well, you would have to replace them because you can't make it look obvious," Russo replied, according to prosecutors.

The woman told police that the man in the video kicked and cursed at her when she stood near him.