Driver nearly falls over ledge, gets struck by bus in Malibu 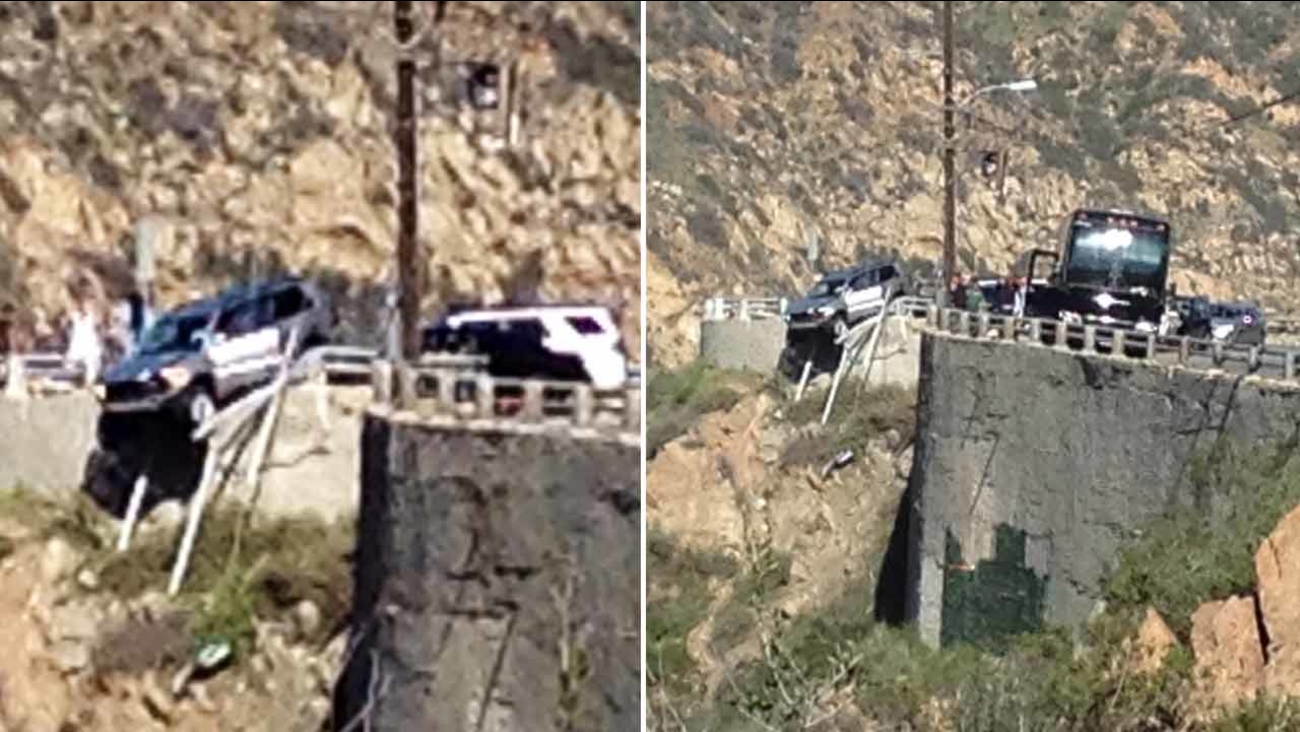 Images captured by ABC7 viewer Priscilla Kromnick show an SUV nearly falling over a ledge in Malibu on Saturday, April 2, 2016.

Authorities from the Malibu-Lost Hills Sheriff's Station said a silver SUV slammed into a guard rail and ended up hanging over the ledge.

The station said on its Facebook page they responded to the crash about 1/2 a mile south of the tunnel at 4:30 p.m.


Sheriff's officials said the male driver of the SUV lost control of his vehicle when he nearly went over the side of the road. He then became disoriented, got out of his SUV and was struck by a passing tour bus, according to sheriff's officials.

The man was conscious and breathing upon arrival and was treated by emergency crews of the Los Angeles County Fire Department and California Highway Patrol. The victim was then transported to a local hospital for treatment.