Queens man drowns upstate trying to save dog in pond 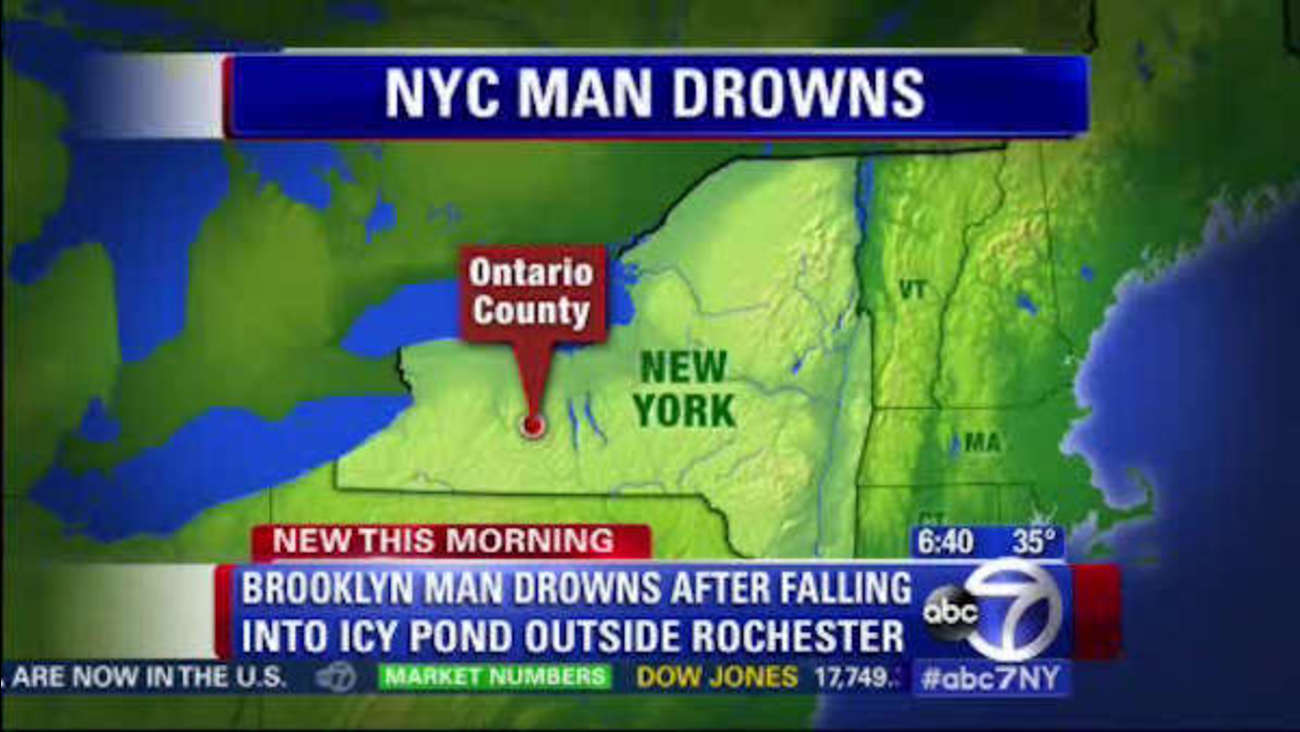 NAPLES, N.Y. -- Police say a 34-year-old New York City man has drowned while trying to save his dog from a pond.

The Ontario County Sheriff's Office tells local media that Garvin Brown, of Woodside, and his fiancee were renting a home in the Finger Lakes town of Naples, 40 miles southeast of Rochester.

Deputies say Brown was walking his dog around 1 a.m. Sunday when the canine went onto the ice of a pond and fell into the water.

Police say Brown ran in the rental to tell his fianc what was happening. He managed to save the dog, but he himself fell under the ice.

Rescuers found him about an hour later. He was pronounced dead at the scene.

Investigators say Brown was unable to get out of the cold water and drowned.