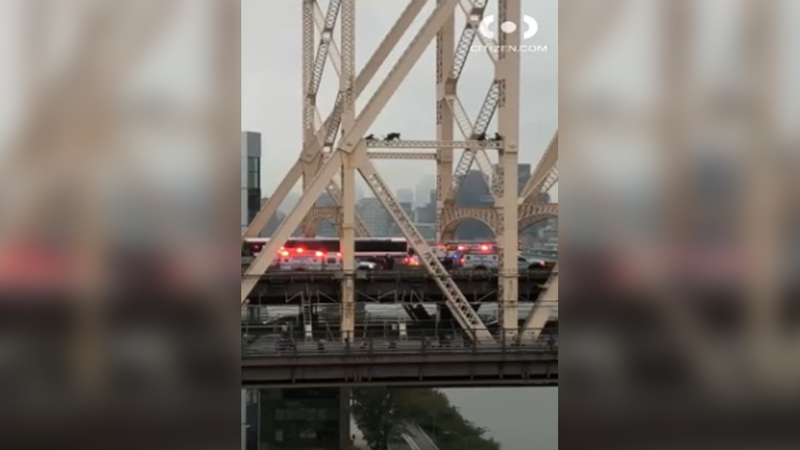 NEW YORK CITY (WABC) -- A man has been charged after live streaming his climb on a New York City bridge on Thursday.

Police say an 18-year-old suspect climbed a construction ladder from a bike path onto the 59th Street Bridge and then climbed a support tower.

The stunt shut down the Manhattan-bound upper level of the bridge during the evening rush hour.

Police have identified the man captured on video climbing up the side of the New York Times Building in Midtown, Manhattan.

Police say the suspect remained on the support beam, suspended over the bridge roadway.

They say the male suspect stated he had cans of toxic chemicals. Officers had him toss the can for their safety.

Citizen app video showed police following the man onto the bridge's support beams and take him into custody.

Officials say the suspect has been charged with reckless endangerment, unlawful possession and criminal trespassing.