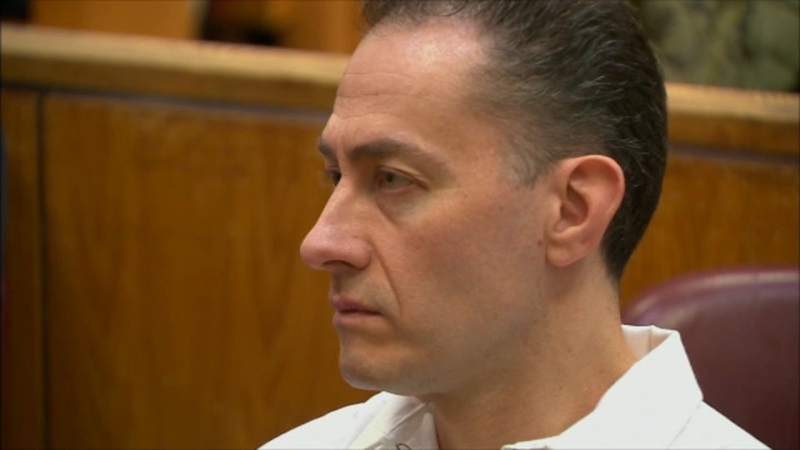 NEW YORK (WABC) -- A man who strangled his estranged wife before she could cut him out of her multi-million dollar will was sentenced to 25 years to life in prison Wednesday.

Roderick Covlin, 46, learned his fate after the victim's loved ones delivered emotional impact statements in court.

"Rod Covlin is not someone who deserves one iota of mercy," the victim's brother, Fred Danishefsky, said. "Never allow this evil predator to be free."

Colvin, of New Rochelle, was convicted of murder last month.

Shele Covlin's body was found face down in the bathtub by their 9-year-old daughter, now a teenager, who supported her father in a written statement read by her paternal grandmother.

"My dad is one of the most caring and loving people I know," she wrote.

Prosecutors said Roderick Covlin killed Shele Colvin on New Year's Eve in 2009 and then staged the scene to look like a bathtub drowning. He claimed he performed CPR and called 911.

It happened one day before Shele Covlin was reportedly going to cut him out of her will. Her death was ruled accidental until her body was exhumed a year later.

"He ruined our family with his purposeful murder of Shele to steal her money," the victim's brother, Phil Danishefsky, said. "When he murdered Shele, he broke us all to pieces and shattered our lives."

Roderick Covlin was arrested and charged with murder two months before he was set to inherit her multi-million dollar estate.

"I will be appealing and do maintain my innocence," Roderick Colvin said. "My children are amazing people. They are strong and courageous and wise, and they know that I love them infinitely."

Shele Covlin, 47, was a money manager at UBS, part of a finance family in which she worked alongside her brother and father.

"Why did he have to murder her?" the victim's sister-in-law, Peggy Danishefsky, said. "She had so much potential, so many dreams, aspirations unfulfilled, which all died on that day."

Her 42-year-old husband, known as Rod, had been a trader and was a noted figure in the backgammon world, having helped found the U.S. Backgammon Federation.