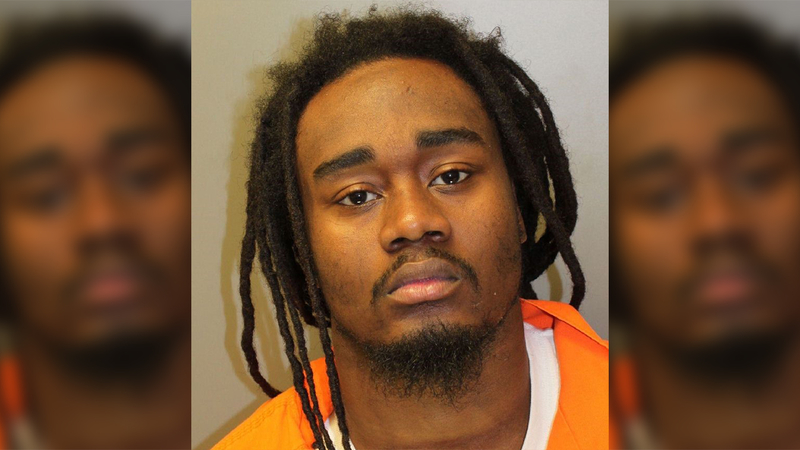 NEWARK, New Jersey (WABC) -- A New Jersey man was sentenced to 190 years in prison Wednesday for strangling a woman to death and fatally shooting two people in front of three children the next day.

Officials said 30-year-old Jeffrey Holland, of East Orange, was sentenced to 60 years for each of the January 2016 murders and another 10 for being a convicted felon with a weapon.

Holland was found guilty of strangling and drowning his ex-girlfriend, 21-year-old Tiniquah Rouse, inside her Newark apartment. He then put her five-month-old baby boy in the apartment closet, covered him with clothes and left.

Rouse's "desecrated" body was found in a bathtub by a family friend. The baby was unharmed.

The next day, Holland went to 23-year-old Ashley Jones' Newark apartment, where he shot her and her boyfriend, 28-year-old Jarrell Marshall.

Three children were in the apartment during the murders: a 1-year-old girl and a 4-year-old boy, the children of Jones and Holland, and a 3-year-old girl, Marshall's daughter from a previous relationship.
EMBED More News Videos

Michelle Charlesworth has the details from Newark.

"We heard six to eight gunshots, and then after the gunshots were finished, that little girl said, 'Where's my mommy? Where's my mommy?'" neighbor Vernice Cromer told Eyewitness News in 2016.

"The sheer depravity and violence that occurred in this case is incomprehensible. This defendant brutally killed three innocent people and in the case of Rouse desecrated her body. His crimes are even more cruel because they were carried out in the presence of very young children, including two of his own children," Assistant Prosecutor Justin Edwab said in a statement.