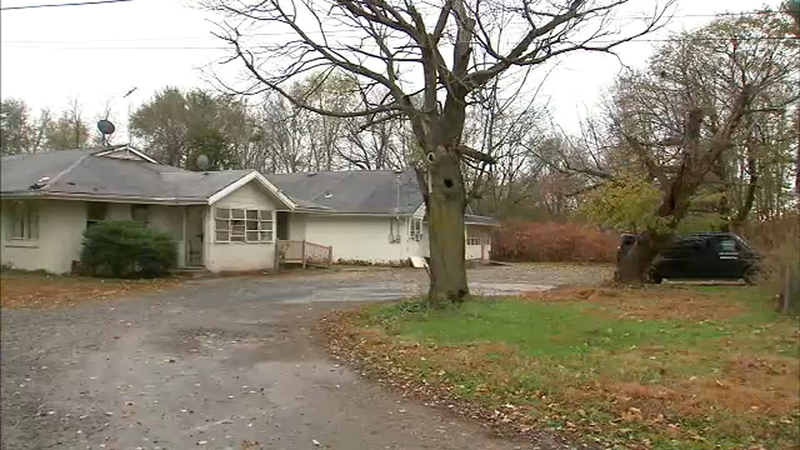 MANALAPAN, New Jersey (WABC) -- There is a push to close a mental health facility in New Jersey that is ridden with problems ranging from broken toilets to bed bugs.

Officials say living conditions are horrible at Manalapan Manor, home to many people with hardships or mental health issues.

"It's filthy, they don't get food after 4:30," Manalapan Township Mayor Susan Cohen said. "Dinner could be a bologna sandwich."

We wanted to see inside and talk to the owner of the privately owned facility but were turned away so we left.

But the township shared pictures that leaders say some of the residents sent to them of the rooms, beds and floors.

Outside, parts of the buildlngs are in disrepair. Christina DeFilippo, who lives nearby, says her son was an EMT who responded to the manor many times.

"He was told not to go in, there are bed bugs in there," she said.

The mayor says there is no oversight of residents who need medications, and that they are allowed to roam, with nowhere to go.

"They go to the CVS, the WaWa, the Walgreens, they panhandle," Cohen said.

"But also the safety of the residents, the business owners, the residents living in that area are so upset," said Township Administrator Tara Lovrich.

"A woman in a walker in the slush going down there, it's sad," DeFilippo said.

"If we can provide more services for people at the locations so they're not walking around Route 33, that might be the best situation for all," Manalapan Police Captain Edward Niesz said.

The mayor says many neighbors have over the years fed the residents and given them handouts to help.

"We've had the Commissioner here, we had the Lieutenant Governor, she was nice enough to come down and she walked the facility with us," Cohen said. "We were hoping something would change. Unfortunately nothing's changing."

They are hoping a bill in Trenton calling for improvements in running such facilities will pass and work in Manalapan.